Geocaching HQ staff will attend dozens of Mega and Giga-Events around the world, shaking hands, sharing stories of adventure, and of course, geocaching! Emily (MychaelAnne) is an Accountant at Geocaching HQ. She recently traveled to France to attend the Le Sacre des couleurs Mega-Event (GC7Q03H). Here’s her trip recap.

When we arrived in Reims, where one of the event organizers would pick up my fiancé and me, we had just enough time to walk around the city and see the Cathedral of Notre-Dame in Reims where French kings had been crowned for over 800 years. This was the perfect beginning to the Mega-Event weekend, “Le Sacre des couleurs”, which translates to “the coronation of colors”.

One of the event organizers, Michèle, picked us up Friday morning and took us on a slight detour around the champagne region. She showed us different villages where her family had lived and we saw many vineyards and enjoyed the beautiful countryside before heading to Saint-Menehould, where the Mega was being held. After arriving at the event space we met more of the orga team and drank some champagne together, which capped off our tour quite nicely.

That evening we attended the meet and greet. One of the French geocachers I met that night remarked that the meet and greet for a French Mega is the most important event of the weekend. It’s the time for community, for gathering around a table to eat together, and for the sharing of stories before the geocaching begins. For my part, I agree with him. I had many more conversations and connections on Friday. 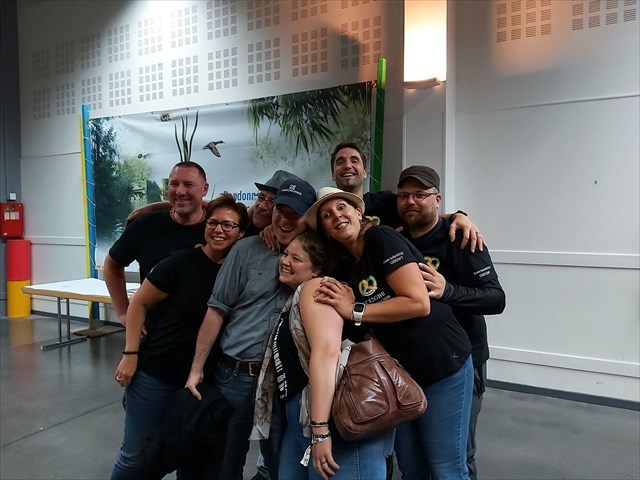 The day of the Mega-Event was packed! It was held on the campus of a school for children with disabilities. The kids at the school were very involved in the entire event! They made baked goods and pastries and even served us breakfast they had made, walking around with trays of goodies. The orga team set up lots of colorful activities around the space for the kids such as a station where they were selling the furniture they created out of wood pallets and beautiful art projects they had done.

At noon the whole group of geocachers gathered together for a flash mob photo taken by a drone. The team did a great job of structuring the lines so that people quickly filled in the shape and did not require too much directing. After the photo people scattered to go geocaching, of course!

One of the activities at the event was canoeing and caching along a river! Luckily the day was warm because as soon as we got in the canoe we got splashed and were soaked! During the trip, we met a couple of geocachers in the canoe behind us at one of the first geocaches along the river (There were about 15 caches along our route). I ended up climbing out of the canoe to grab the cache for us all to sign, getting a bit muddy in the process. From then on we teamed up to find the rest of them. We had a good mix of helping each other reach a cache, trading off who found it, keeping each other from drifting down the river. There were many laughs and clumsy moments on our journey but luckily we didn’t lose any caches (or logbooks) to the river! 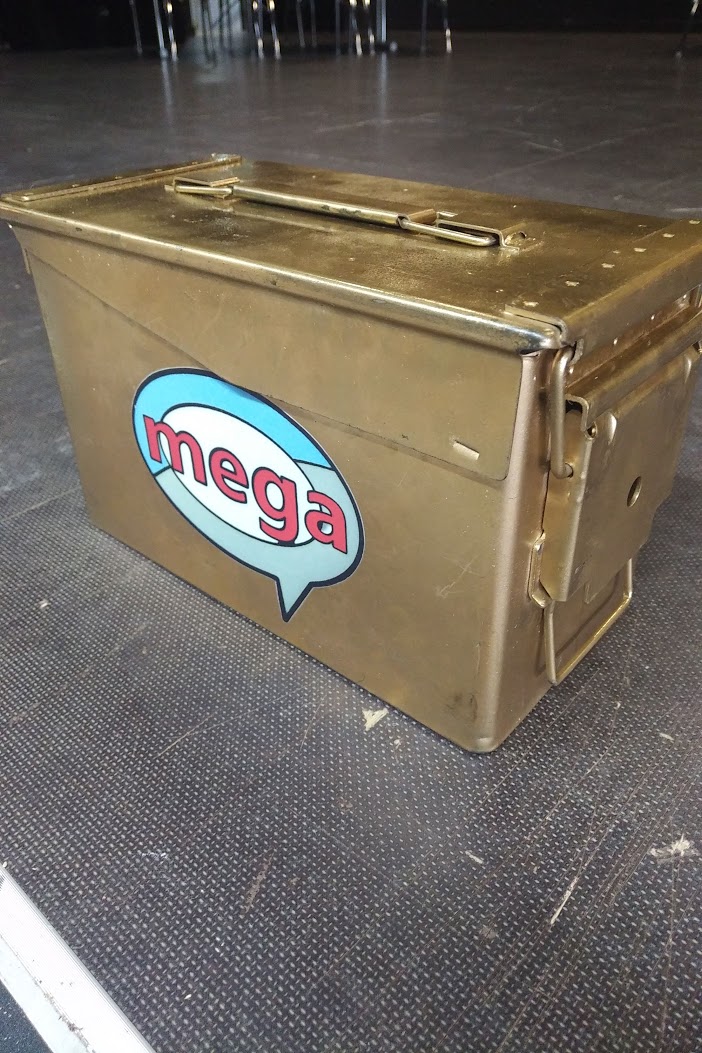 We wrapped up the weekend the next day with a CITO (Cache In Trash Out®). There were so many geocachers already in the woods and on the trails picking up trash that there wasn’t much to collect by the time my group got on the trails. But we picked up all that we saw and managed to find a tire! The whole group did a fantastic job making the trails pristine and clean. My group found ourselves on a rather abandoned trail but we used our geo-senses to find our way back to the beginning and not get too lost. It was a lovely walk and we were even able to find a couple geocaches along the way!