New Zealand has the highest density of sheep per unit area in the world, featuring a sheep to human ratio of seven to one. It is also a country full of stunning and diverse natural beauty ranging from jagged mountains to rolling pastures, providing the perfect backdrop for The Lord of the Rings movies. The country features active volcanic zones, picturesque beaches, fiords, and raging rivers. One of those rivers, the Waikato River, is responsible for the powerful Huka Falls, our Geocache of the Week. 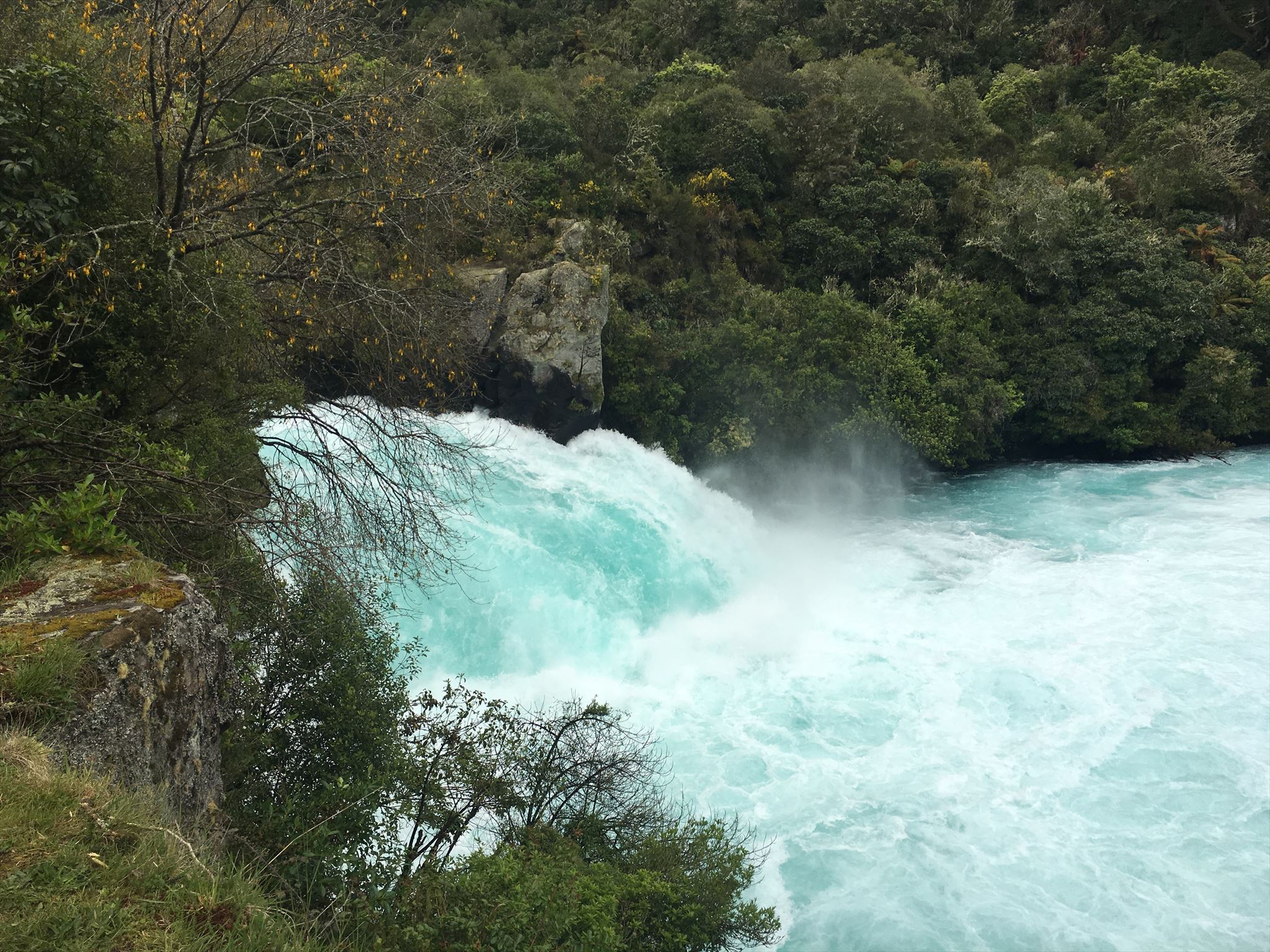 The water flowing over Huka Falls is so strong that it prevents the migration of native fish and eels. The Maori people were the first to navigate the river, but after a chief went over the falls and barely survived, they steered away from them. It is also rumored that a small group of dwarves from Middle-earth may have braved the falls inside of barrels while escaping their enemy. 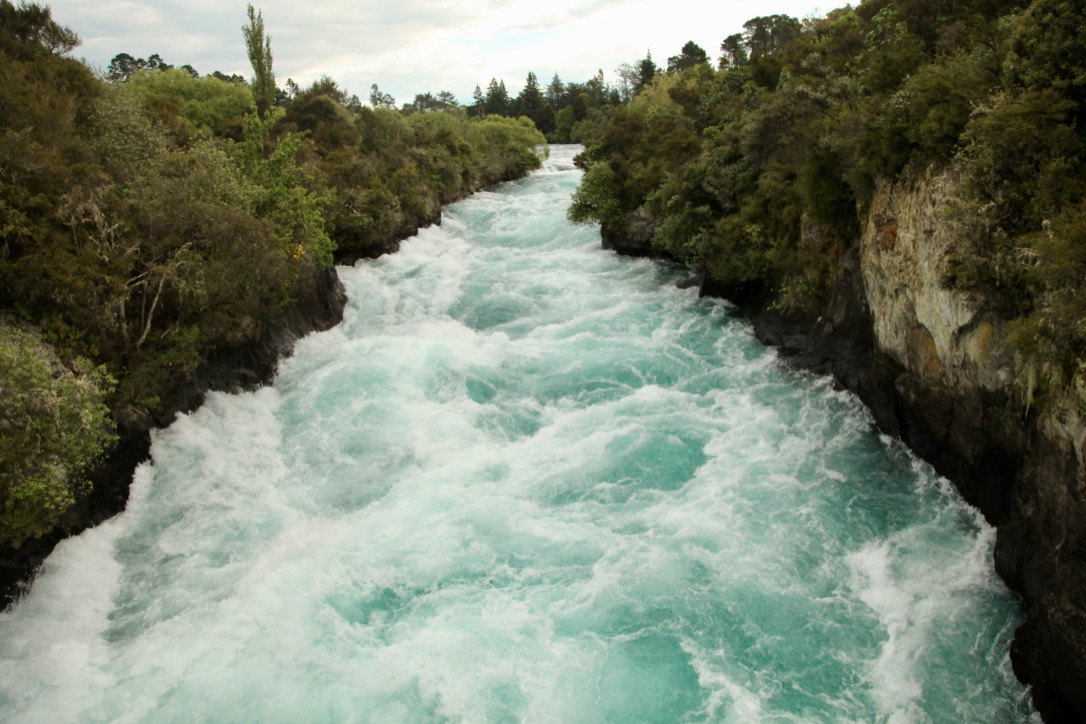 The waterfall crashes upon a layer of rock known as the Huka Falls Formation — a geologically altered and hardened layer made of lacustrine shales. The formation was created 70,000 – 200,000 years ago by mid-Pleistocene sediments sinking to the floor of an ancient lake that extended beyond the current boundaries of Lake Taupo. Then the sediment geothermally altered, hardened, and set like a natural concrete. 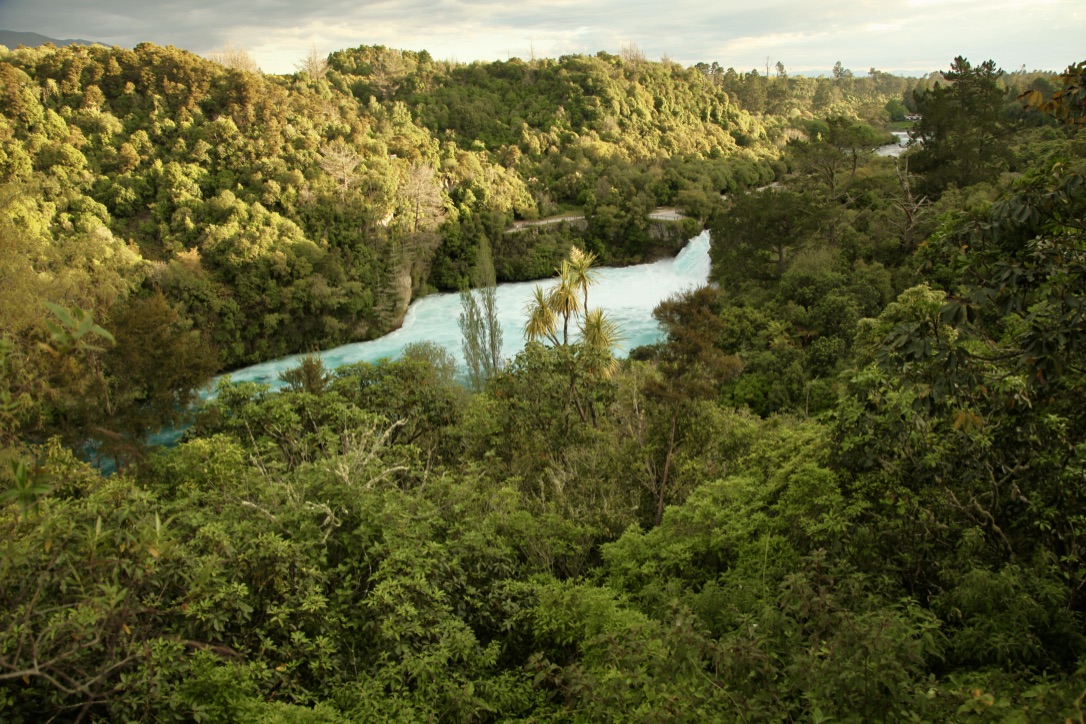 Originally the river was much wider at this point. As the Huka Falls Formation is much harder than the surrounding rocks, the river began to exploit weaknesses in the rock to carve out the deep channel above the falls you see today. 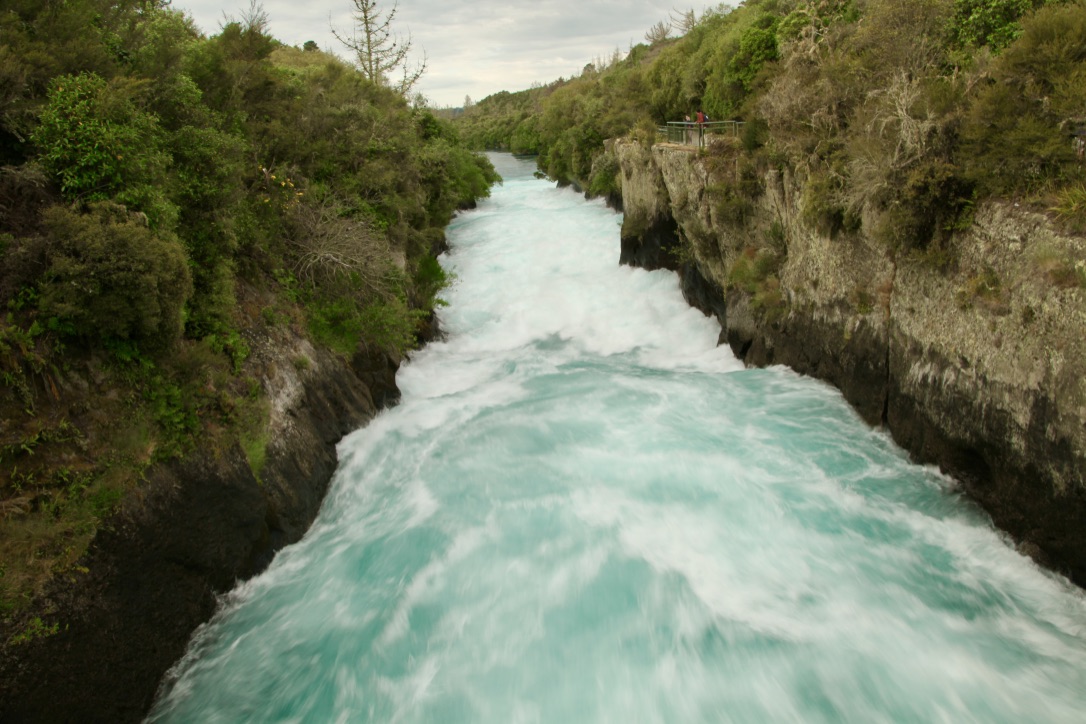 The strong currents from above and under the surface lead to erosion that chips away at the edges of the falls as well as undercutting the cliff behind it. This phenomenon causes the falls to slowly move upstream. 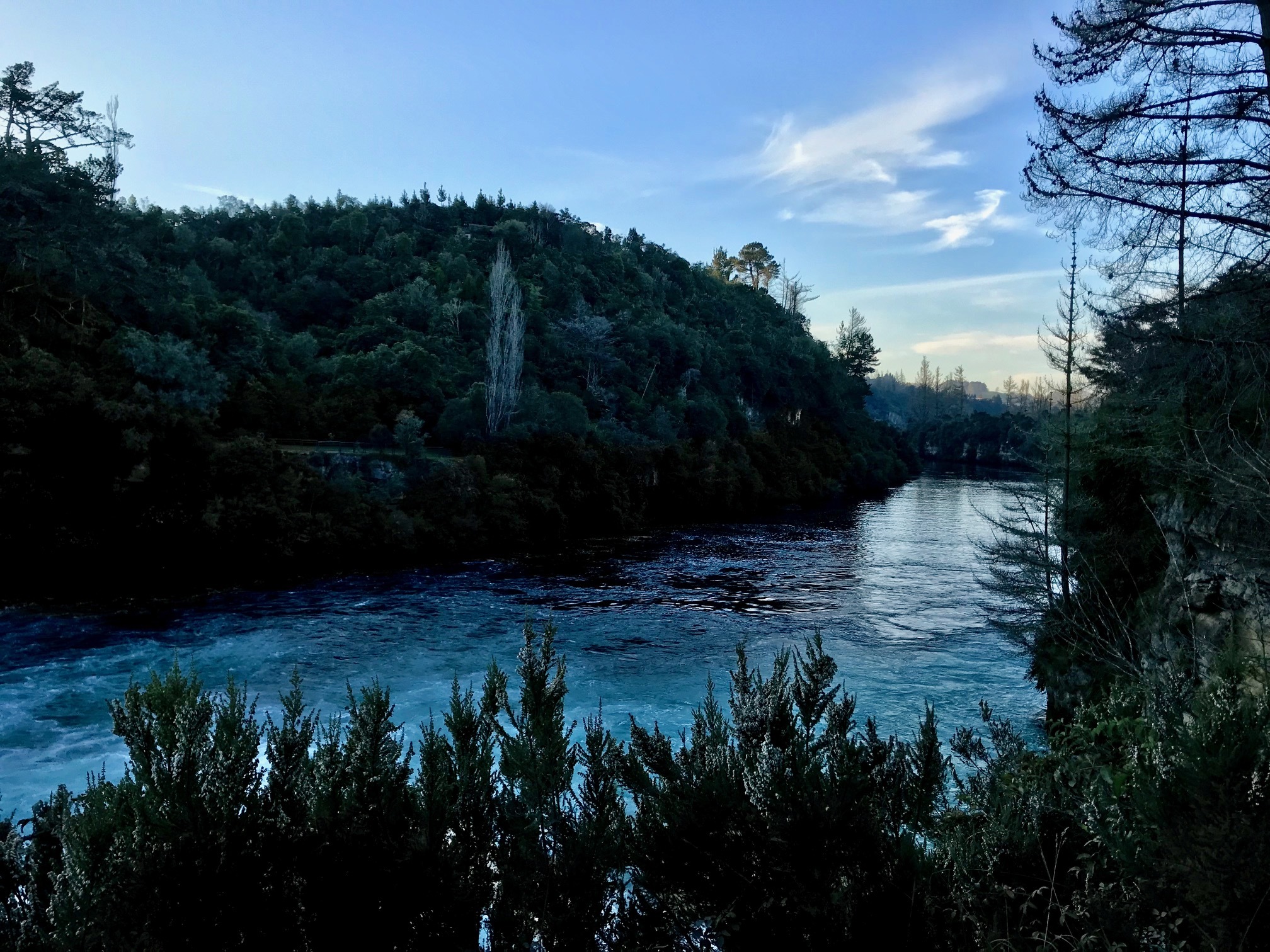 Should you find yourself in New Zealand, consider a visit to this amazing EarthCache to enjoy the breathtaking views and expand your knowledge about geology.