Geocaching can take you to amazing places all over the world. For one geocacher, it took her on a Hurtigruten cruise to Norway where she saw northern lights and quaint coastal towns.

In July 2017, Hurtigruten expedition cruises released 3,000 polar bear and penguin trackables for an epic adventure to geocachers in the United States. Geocachers showed how they “connected with their inner explorer” on social media for a chance to receive a seven-day expedition cruise in Norway for two. The photo contest winner, Sarah (@myruggy89), shared with us the story of her trip.

Sarah, her husband David, their 12- month-old daughter, and another little one on the way live in New Jersey. Sarah started geocaching in March 2013. She later met her husband who wasn’t an active geocacher at the time, but had geocached before she ever had.

Geocaching: What’s the story behind your winning photo?

Sarah: I received the Hurtigruten trackable just days before our family vacation, so I knew I wanted to take advantage of the beautiful clear water at Lake Sunapee in New Hampshire near our vacation spot. I told my husband, patches46, that I had a crazy idea, but it involved putting his cell phone underwater. I was soon holding my breath and he was taking the shots!

GC: What was your favorite find from your trip?

S: My favorite find would have to be Bryggen i Bergen (GC25BXH) as it was hidden amongst the remains of an ancient wharf, which is now a World Heritage site. In additional to taking in the beautiful sights of the Norwegian coastline during our cruise, we only planned to walk the towns at each port with the goal of finding at least one geocache, which we did. Not only did I bring trackables to drop off in Norway, I also picked up a few to help their goals of gaining mileage and exploring the world.

GC: What were the trip highlights?

S: We had a beautiful display of the northern lights one night; that was definitely a major highlight for me. Other highlights include crossing the arctic circle, enjoying local cuisine on the ship, and earning my Norway souvenir.

S: This was the first cruise that I had ever been on so it’s hard to make a comparison of the uniqueness of this cruise to others. However, based only on what I have heard from others, this cruise definitely provided an eyeful of beautiful sights that many others cruises can’t provide. Hurtigruten took us to unique and exciting locations every day!

GC: Anything else you want to tell us?

I started a new trackable (Blue Dolphin – TB8GB8H) of my own and dropped it off in Norway to commemorate the Hurtigruten trip that I won. We found a few geocaches and I was able to start a brand new trackable whose goal is to make it back home to me in the USA. 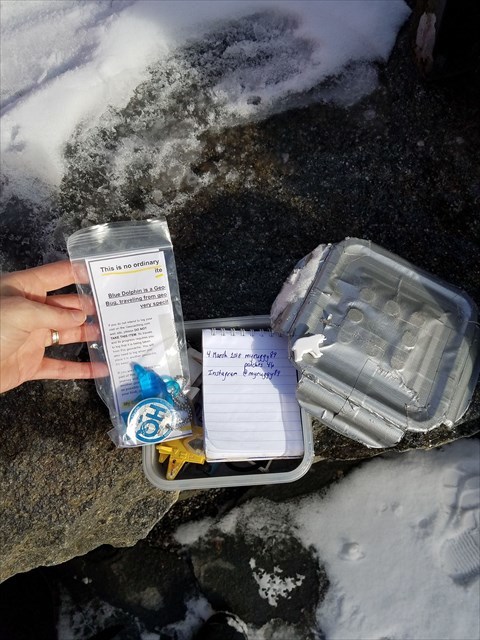 Check out Sarah’s Instagram account, @myruggy89, for more awe-inspiring photos from her Hurtigruten Cruise and other geocaching adventures! 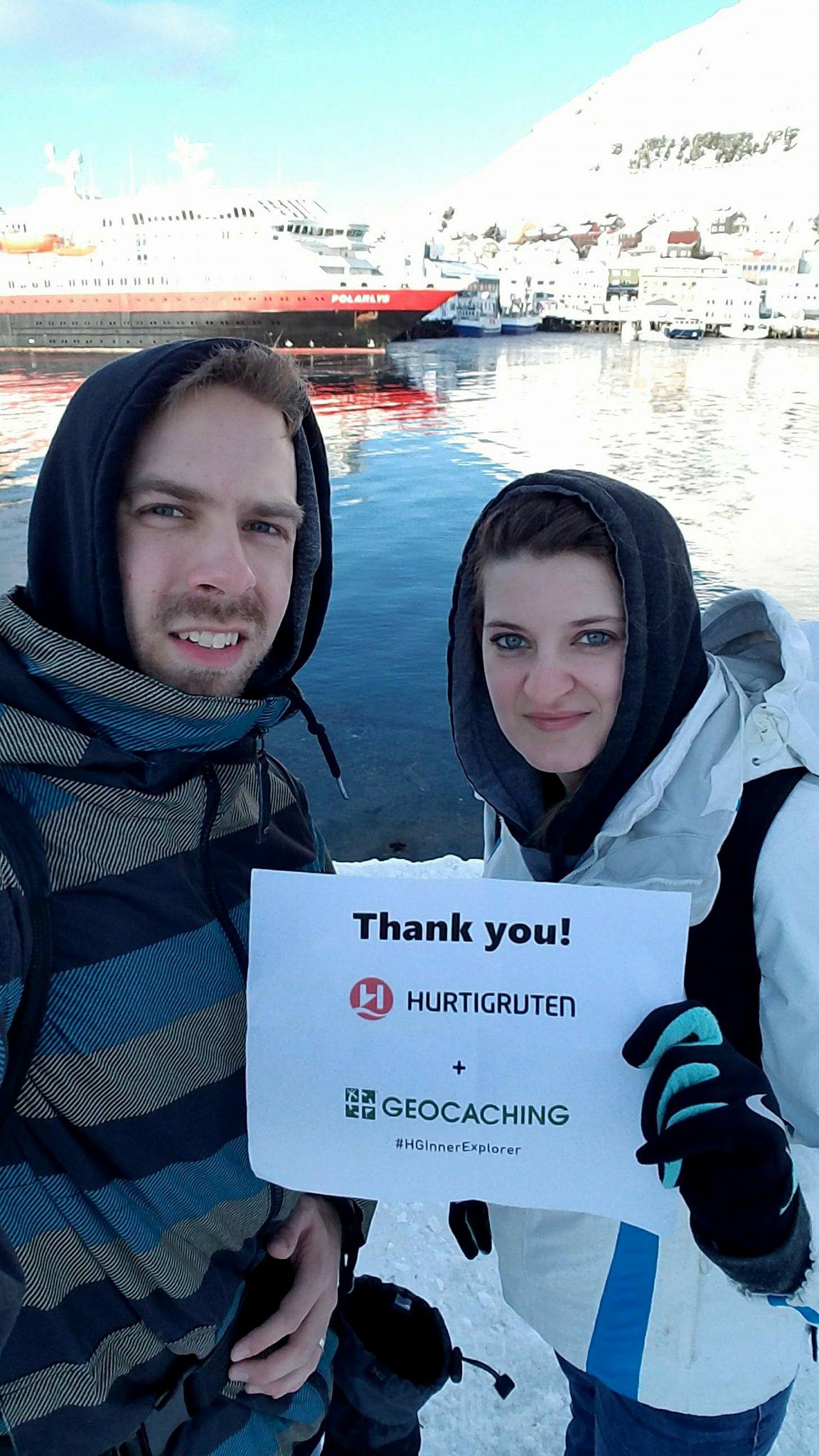