“When a train goes through a tunnel and it gets dark, you don’t throw away the ticket and jump off, you sit still and trust the engineer.” –Corrie ten Boom

Well, there’s no train in this tunnel, but you can trust the cache owner Barafonda’s waypoints to get you through the end. Their advice for when the tunnel gets dark: turn on your flashlight or head lamp, “…and trust the engineer.” 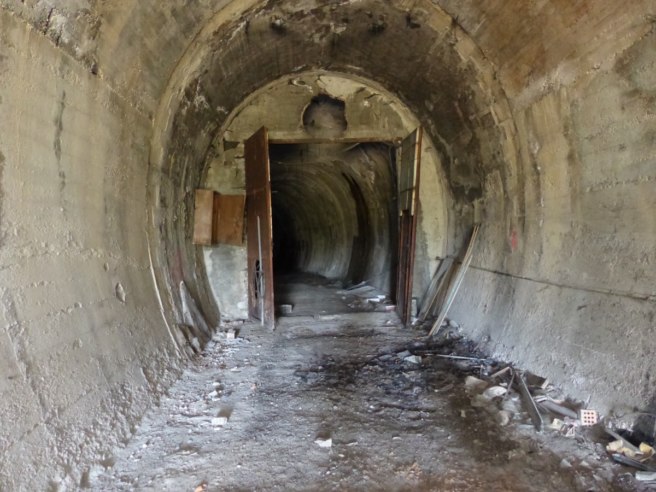 “La ferrovia Fantasma – The ghost railway” is a two stage Multi-Cache that takes you through a rare abandoned spiral railroad tunnel. One of very few in the world, the spiral tunnel corkscrews vertically through the earth 360° as an innovative way (at the time) to bring the trains to higher grounds.  Located in the beautiful region of San Marino, GC350VD has a blend of intrigue and adventure with an interesting reward at the final coordinates. 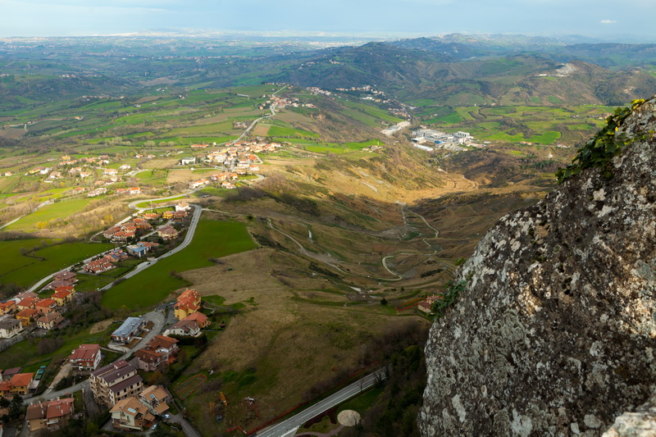 You’re standing in front of the mouth of a dark train tunnel. It can be assumed the next step would be to enter it. Before you turn on your flashlight and head into the abyss, take a moment to examine the marble plaque near the entrance. The plaque contains clues you’ll need to solve the puzzle from the cache page and reveal the final coordinates for the cache. Getting to them is the hard part. 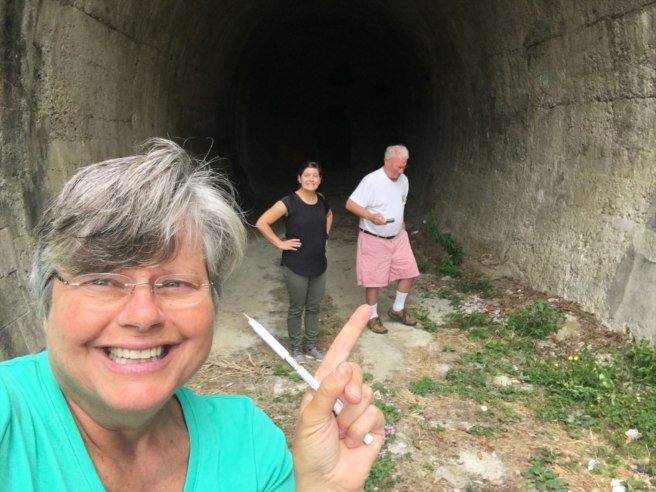 Do you have a good pair of walking shoes? Yes

Do you have a flashlight or headlamp? Yes

Do you suffer from a fear of long tunnels? No

Barafonda warns that the walk to the final is roughly one hour. The tunnel is long, dark, and at one point spirals upward 360° (if you feel like you’re going around in a circle, it’s because you are). 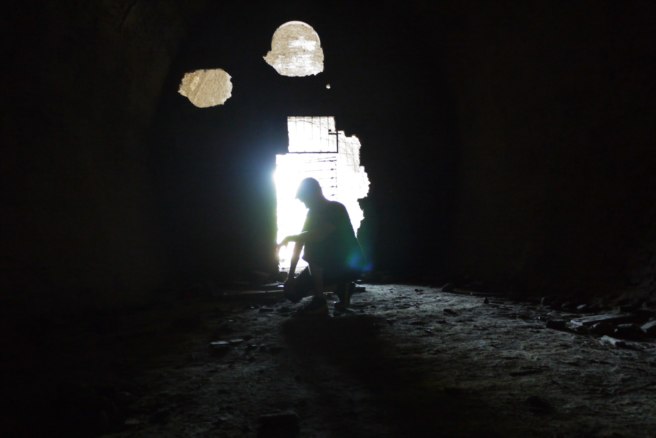 Making it through the tunnel reveals a wide panorama of rolling hills, castles, red roof tops, and a lonely blue rail car along the tracks sitting atop a bridge. The train car serves as a memorial for what once was a working railroad. Somewhere in or around the train lies the cache and logbook. 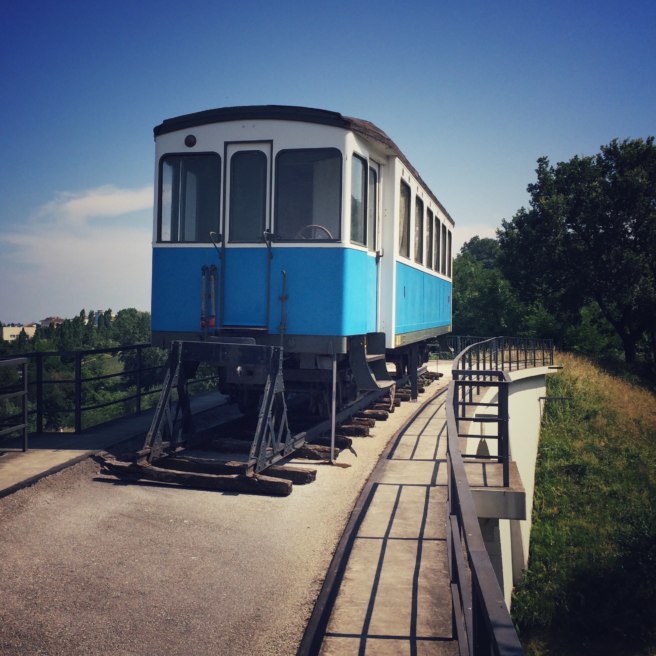 We managed to solve this one from home and verified our solution once we got to San Marino. We kept seeing the final location from the lookouts on top of the mountain. What a beautiful place this is. Thanks for taking us to these unique locations. Grabbed a couple of travel bugs which we’ll move along as we go. – Cedar & Co. 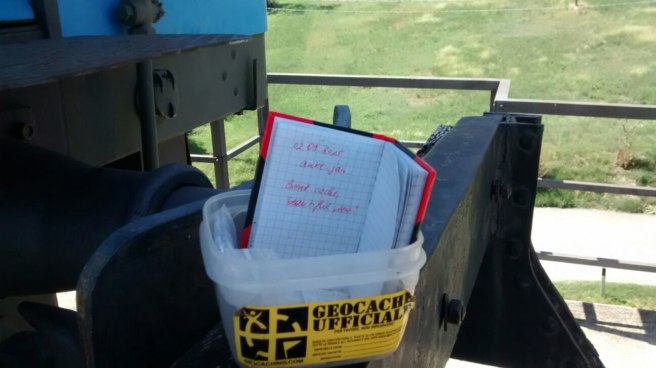 Coming from Bologna on my way to Elba I made my way over San Marino. This was my gift to myself for my 6th geocaching anniversary tomorrow on 15-May-2016. I like to collect countries and San Marino is now country # 33 within 6 years of geocaching.

The theme of the cache and the final location I like very much, especially the very scenic view in the Titan and the three castles. The cache was an easy find and after taking a lot of photographs I continued my way to Elba. –Carolix 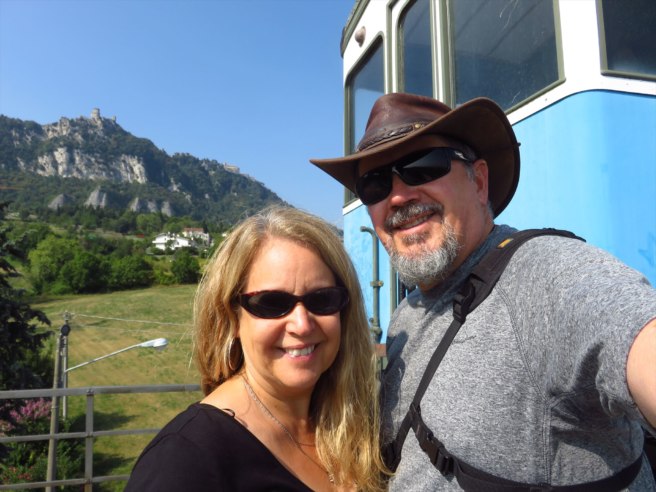 200 favorite points have been awarded to GC350VD over it’s 6 year lifespan, making it San Marino’s most favorited cache.