Be prepared to hike mountains, take field notes on a volcanic crater, check out Europe’s largest parliament building, ward off vampires at Dracula’s famous castle, and travel back in time to the 17th century on our virtual visit to Eastern Europe.

Because our final new souvenir of the year takes you to Romania! 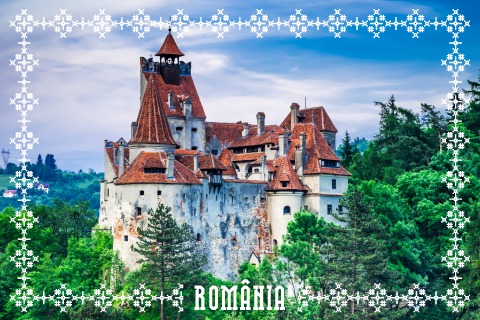 Aside from having Europe’s most abundant resources of gold, there is a rich and vibrant geocaching community in Romania. If you find yourself in the area, be sure to check out the local geocaching events. The community is warm and welcoming to people who travel to the country for geocaching, and are eager to share stories. You may be invited to join in on the adventure and broaden your visit by tagging along to learn more about the country and culture.

Visitors will fall in love with Romania’s picturesque countryside filled with landscapes of the Carpathian Mountains, steep valleys, and glacier lakes. Our first stop is in the heart of Romania at a place that even impressed hollywood superstar Jean-Claude Van Damme: GC2DYPD – Balea Lake. 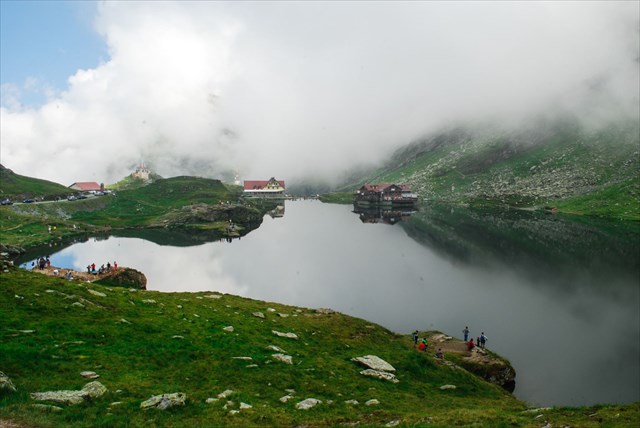 The drive to the Balea Lake will bring you up winding roads that climb to 2,034 m of elevation through the Carpathian Mountains. Be prepared for the cold air that sweeps through the valleys during winter time. Though if the cold doesn’t bother you too much and you only want to escape the wind, you can always seek refuge in the nearby Ice Hotel in case of a snow storm. The cache is south west of the lake and is located at the best vantage point. While you’re in the area be sure to also check out nearby caches “A walk in the clouds” (GC1VM88) and “Dragon’s Window”(GC5CF4R ). 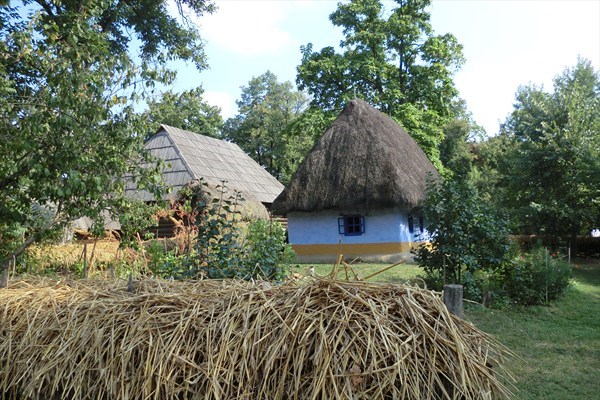 Stop by this old 17th century village in the capital city of Bucharest, but don’t bother to knock because there’s Nobody Home (after you make it through the museum entrance). The village museum is open to the public and you are welcome to poke around and imagine you are back in time — with a GPS or smart-phone of course. If you find yourself overwhelmed with joy here, know that it’s probably not by coincidence, because the city of Bucharest literally translates to “City of Joy.” 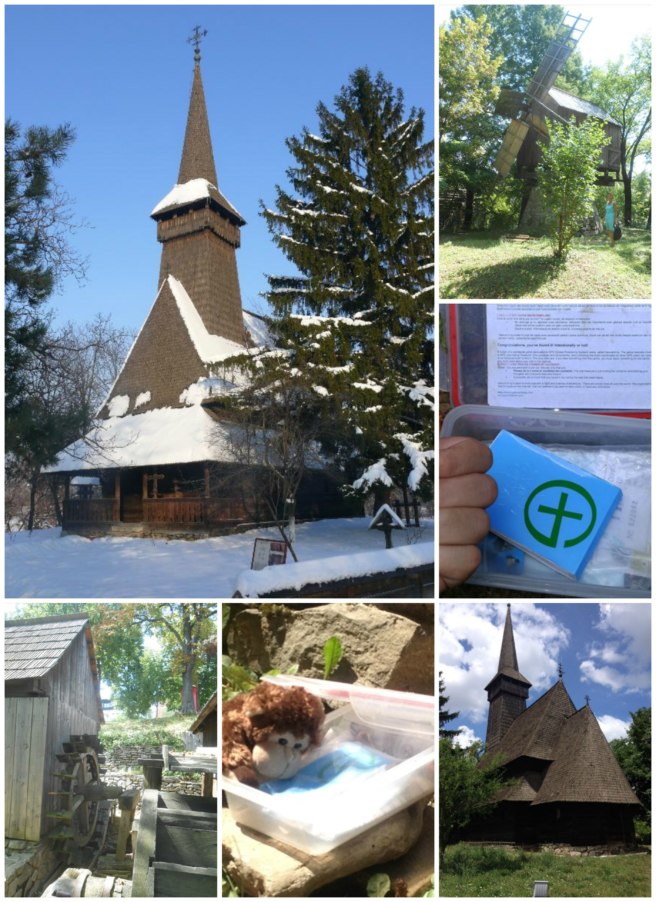 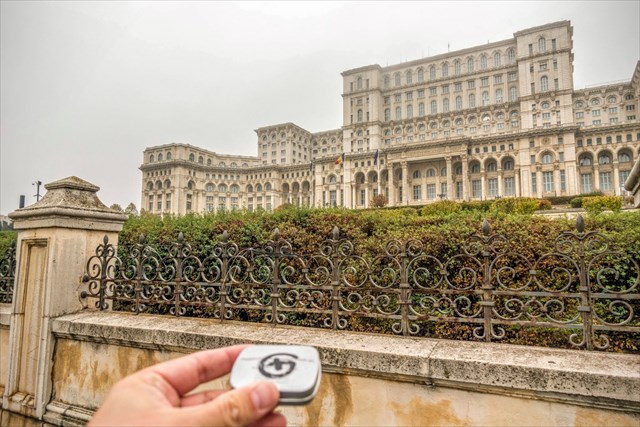 Not too far away from GC1BFHH and the open-air village museum is Casa Poporului the second largest parliament building in the world. If you plan on doing some sight seeing through Bucharest this is a must-grab geocache. It is a small cache on the street facing the palace strategically placed for some great photo opps. However this is a major tourist attraction in the city, so be wary of muggles in the area.

Of the 51 EarthCaches in Romania  the Volcanic Crater in Racos tops the list when it comes to that “wow” factor and provides a glimpse at the country’s eclectic geomorphological features. As far as geology enthusiasts go, the volcanic crater is a perfect place to study all types of slag, ash, pumice, volcanic bombs, and hardened lava. 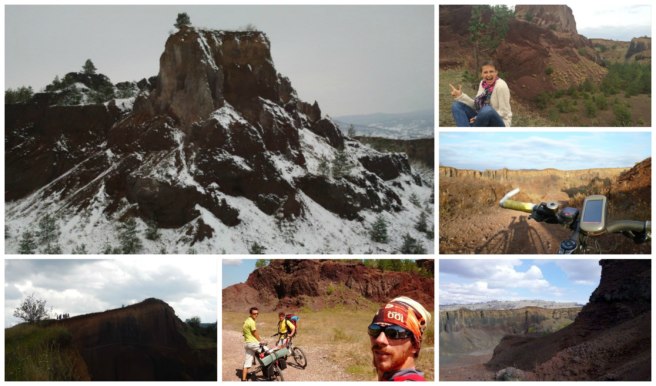 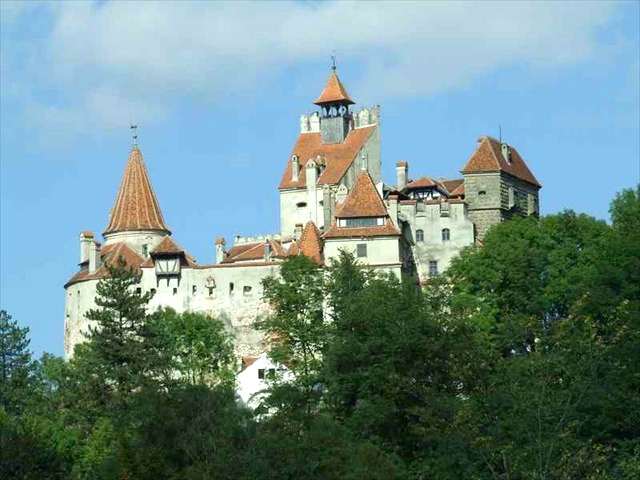 The Bran castle is better known as Dracula’s castle in Transylvania, and has the most favorite points of any geocache in Romania. The former abode of Vlad the Impaler attracts over 600 million visitors each year. If you take the tour, you will see the vampire theme played out in the castle: coffins, red colored drapes, and melted wax candles. Bran castle is open to the public year-round and you can stay in the castle overnight on Halloween. 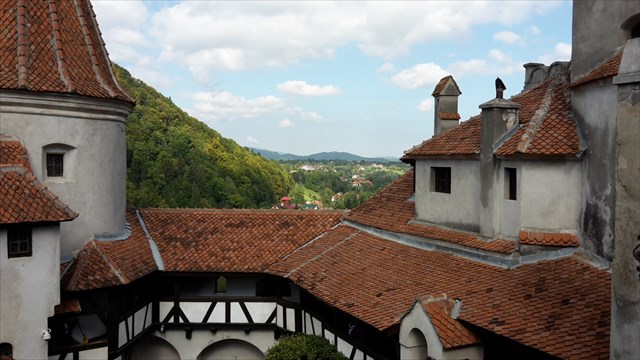 This legendary castle also has a legendary geocache. On April 1, 2001, Team Romania placed the country’s first official geocache at this location. The castle is an international icon and surrounded by mountains, giving it the perfect conditions for a geocache. The contents of the cache consists of mainly of toys and games, but also includes a few essential vampire deterrents, including a mirror, a Croatian pre-paid phone card with a photo of the Pope on it, and a large pencil that could be used as a wooden stake in an emergency. The cache container is a rectangular plastic tupperware container with a green lid. According to the cache page there are three different ways to grab this cache depending on how you would like to get there. 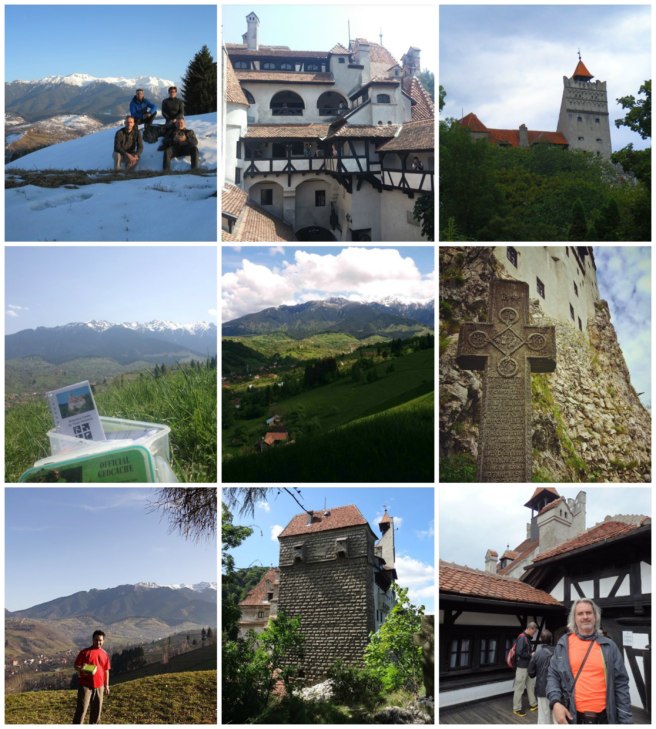 Romania is home to 3,221 geocaches and a strong community. Whether you are visiting the capital city of Bucharest or sight-seeing in the rural regions of the Romania, you will have a geocaching adventure you won’t forget!