This 7 stage Multi-Cache in Graz, Austria will give you a historical tour of the prominent hillside of Schlossberg. Along the way you’ll find cafes, restaurants, music venues, and other amenities. This tour will show you a side of the mountain, and will educate you on its history along the way.

It is easy to see why the natural aesthetics and historical and artistic value of Austria would captivate people all over the world to travel to this regal region.  Austria’s second largest city, Graz is located in the province of Styria, Graz offers a strong variety of culture, activities, and places to explore! 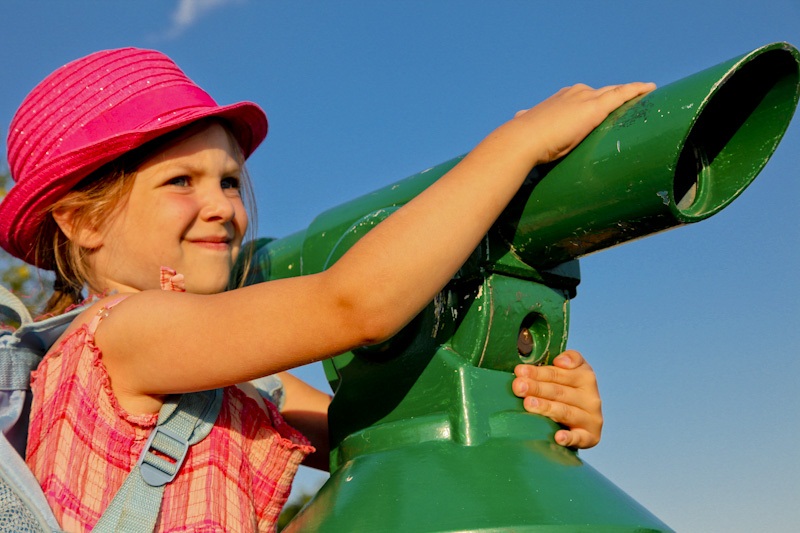 Located at the center of the city is a prominent mountain by the name of Schlossberg. Exhausted from travelling and the stress that comes along with it, I was urged by a new friend to climb the long and winding staircase, and up the mountain to see the most beautiful view of the city. Coupled by the panoramic view, the famous Uhrturm (which translates to clock tower in German) sits atop Schlossberg and is one of the main sightseeing stops in the city. I felt beguiled by the foothills off in the distance, the Mur river flowing not too far away below, and the classic red clay rooftops. This cache takes you to several historical monuments along a pathway, with breathtaking views. 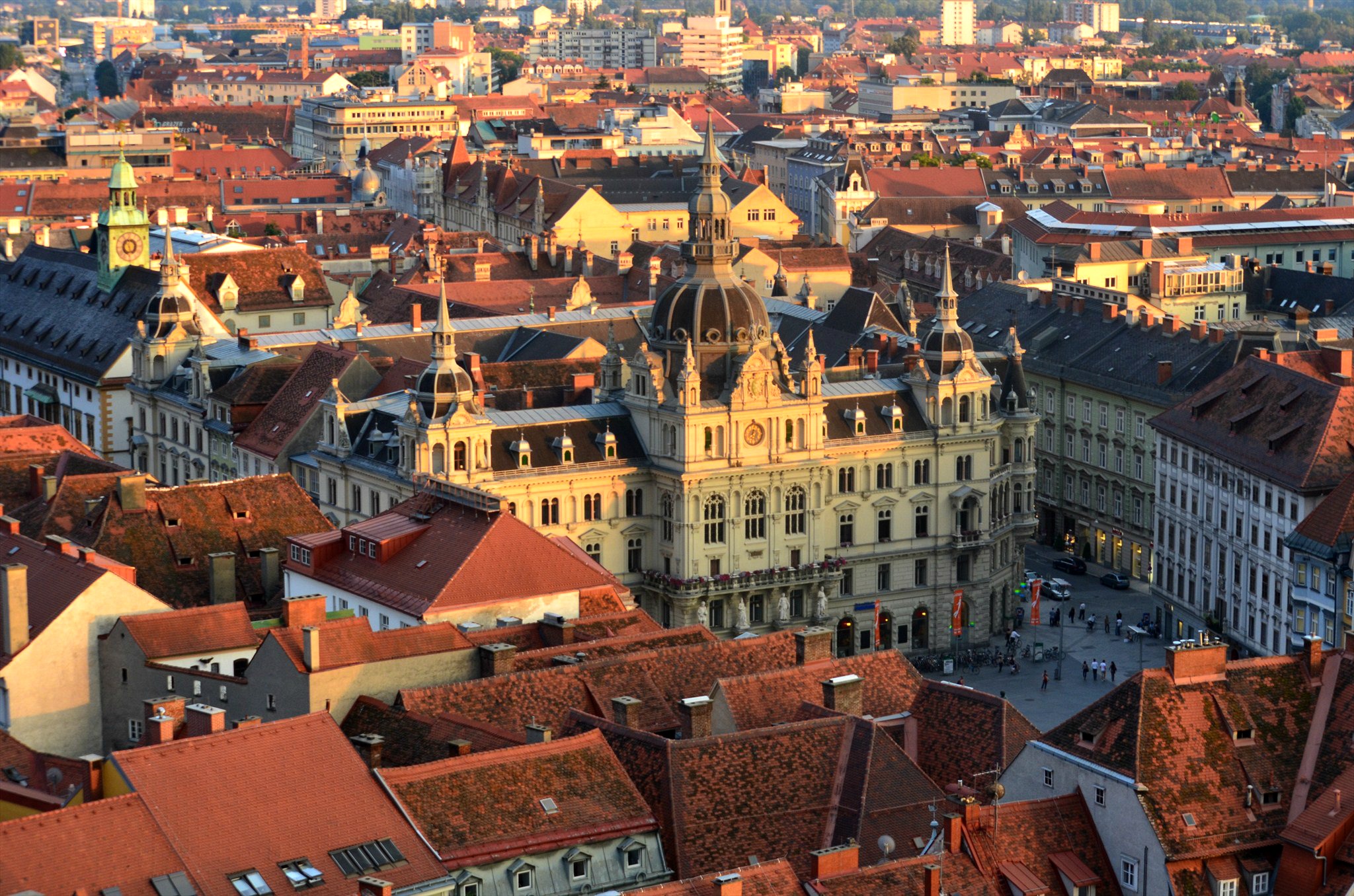 The cache page tells the legendary story of 900 Graz soldiers defending Schlossberg after the Treaty of Vienna. In 1809, Napoleonic forces attacked the city with 3,000 men, and mostly destroyed the fortress atop the city’s modest mountain. The first stage of this Multi-Cache is in honor of the Major that led the defense, Franz Hackher. There were no known images of him, so the Hackher Lion was constructed in place of a human statue. 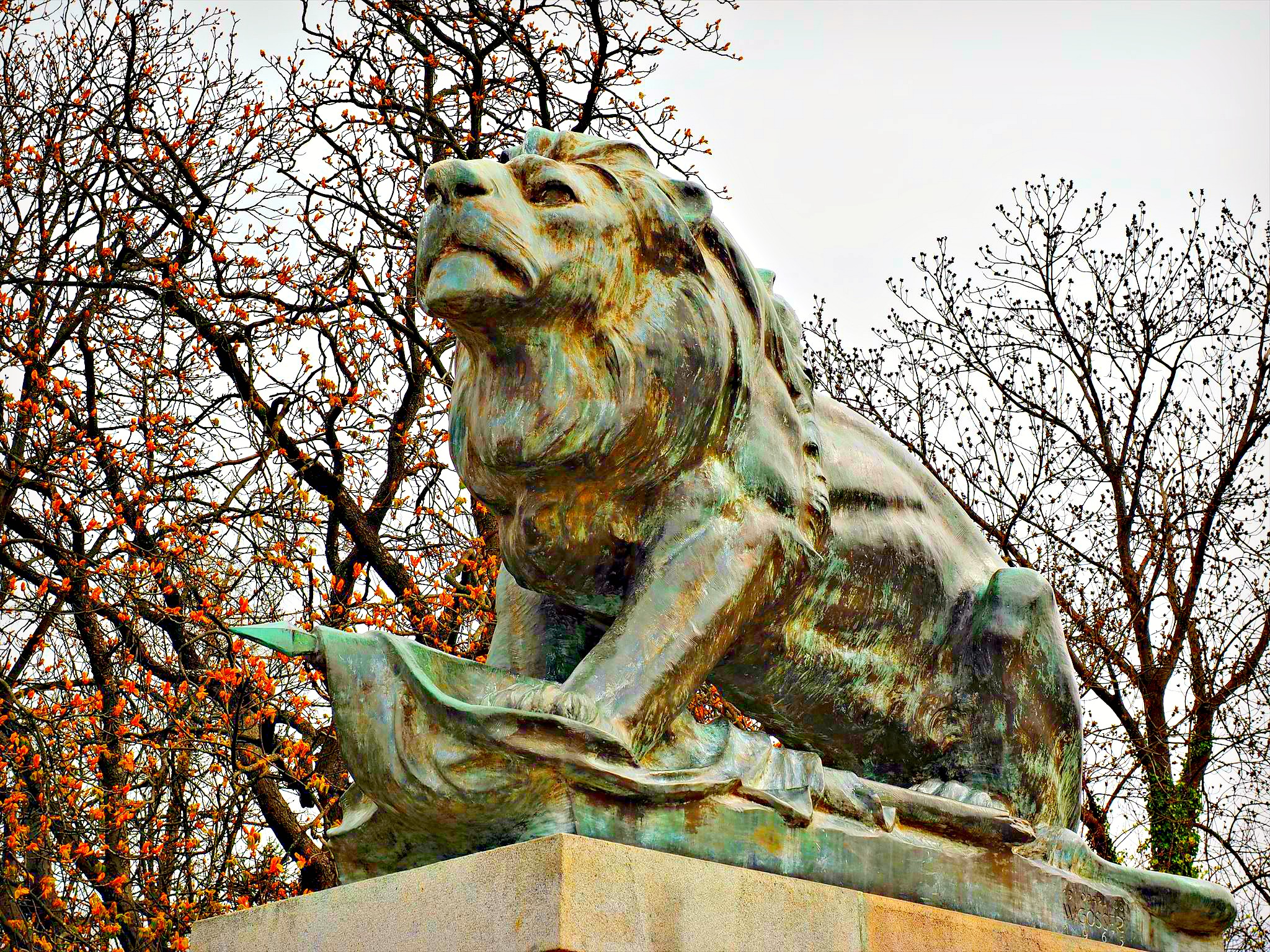 But did you know lions like beer? The Hackher Lion not only likes beer, but has a favorite beer in which he has been sitting on for over 40 years! Now Franz Hackher’s spirit defends his beer. To move on to the next stage the geocacher will need to find out what kind of beer he is protecting.

From here the Multi-Cache brings you to a mid 16th century cistern (a fancy water well),an octagonal bell tower holding “Liesl” the big bell inside, an old canon cottage with more auspicious views out the windows (pictured below), the bishop’s chair, and a turkish well.

Lastly the seventh and final stage brings you to the symbol of Graz, the clock tower. The coordinates will bring you the gardens below, clad with colorful flowers and shrubbery. It is a tranquil area where students from the universities might study, or meet a friend. 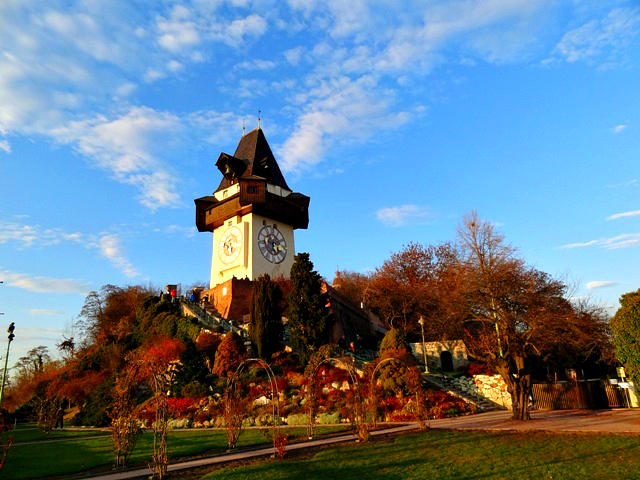 Built in the 13th century, the Uhrturm was designed to be seen from any point in the city. The clock hands were originally designed in the opposite way to what you normally see, in that the hour hand is larger than the minute hand. It was more important to them to see what the hour was from far distances. The people of Graz were forced to pay a ransom to keep the clock as part of the Treaty of Vienna. 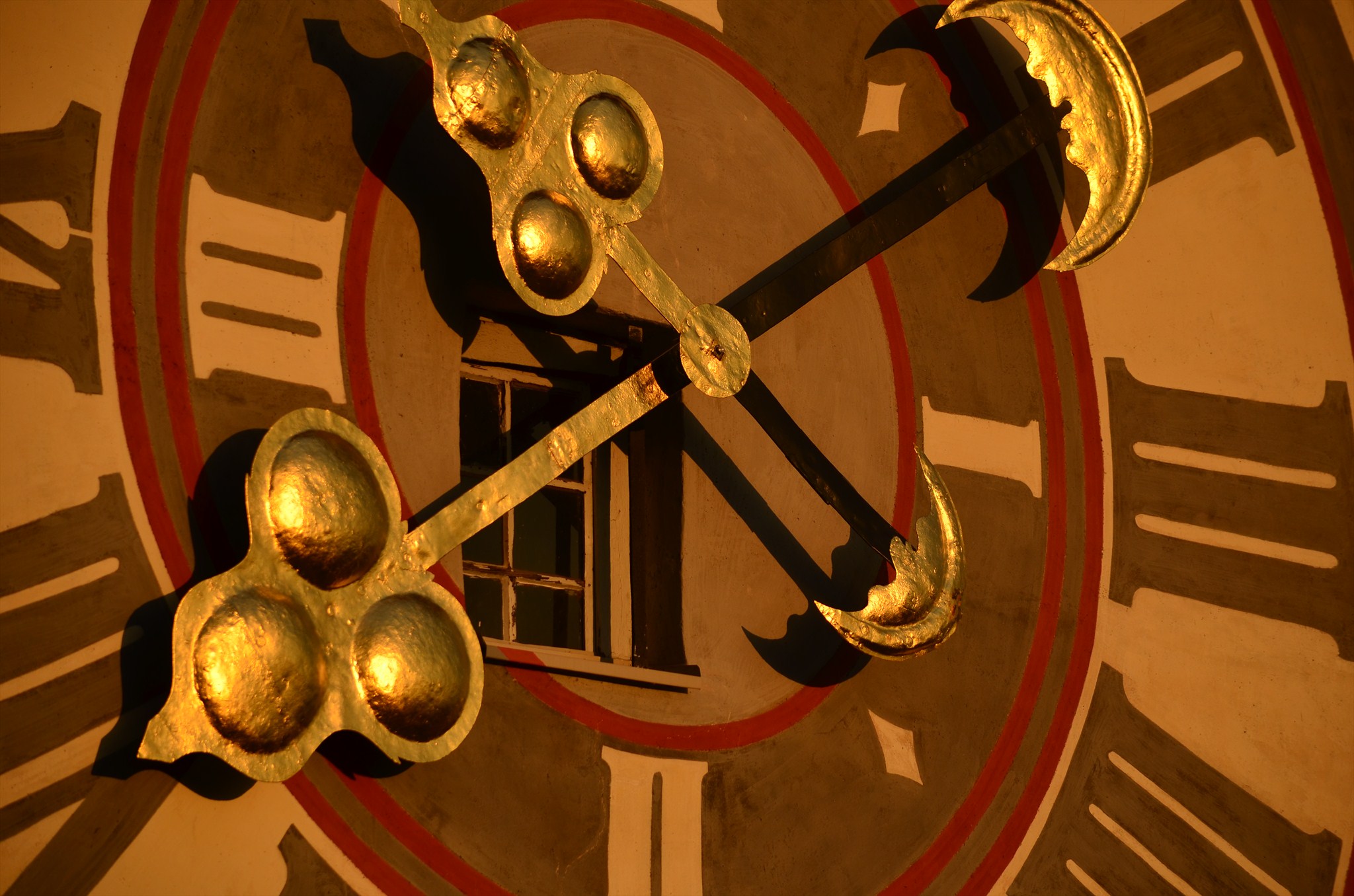 Not only is Schlossberg rich in history, but its vibrance is felt throughout the city. Each stop of this cache brings you back in history, and authentically tells a story that may not have otherwise been told to anyone just visiting the city. It is easy to see why the cache owner Team Knofl, would take the time to place a historical Multi-Cache here, TFTC!