Geocache GC64BH is the final in a series of 6 geocaches hidden in honor of a geocacher named Kate’s 10th birthday. 1 and 0 make up the binary numbering system, so, naturally, using binary numbers to solve puzzles and gather codes is part of the challenge of finding this cache.

The reward at the end is worth the struggle. Before visiting this cache, you may want to watch (or re-watch) the first Mission Impossible movie. Specifically, the scene in which Tom Cruise lowers himself headfirst into a vault. 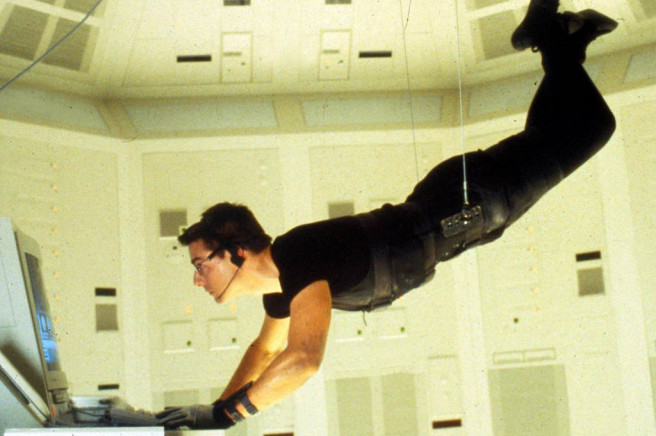 Then, go find this cache, which is hidden on the cache owner’s property. You’ll see a brown box on a gate post. Break the cable tie to open it, record the binary code inside, then use a new cable tie from inside the box to secure it again. Convert the binary code to decimal numbering, and add that number to the other codes you’ve collected through the series.

Then and only then will you be able to open the padlock on the little pot nearby, which contains a key. Thought you were done yet? Nope. The key opens another cash box on a pole nearby. Inside is…not the cache, but a remote control. Take a deep breath, channel your inner Tom Cruise (or don’t, whatever floats your boat) and press the down button.

Things will begin to feel a bit familiar with you see this descending from the sky above: 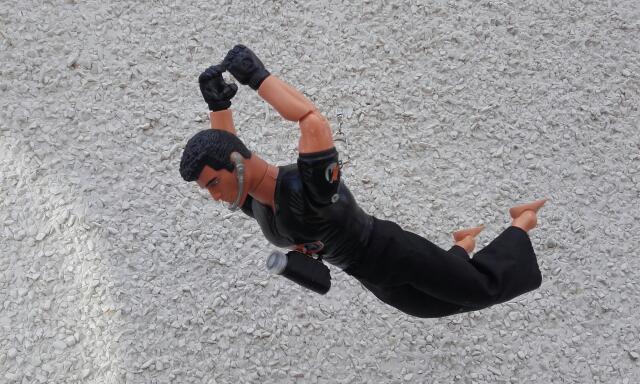 Finally, you’ll have access to the cache and logbook, which is safely strapped to miniature Tom Cruise’s vest. 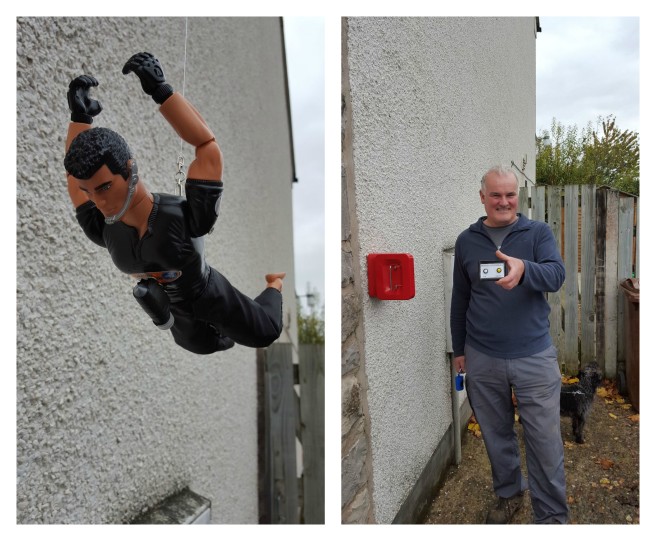 Watch the cache in action: