A few years ago, geocacher DJ UKW wondered why almost all night caches he encountered were Multi-Caches. Could one make a night cache just as entertaining as a traditional?

One could. And he did. 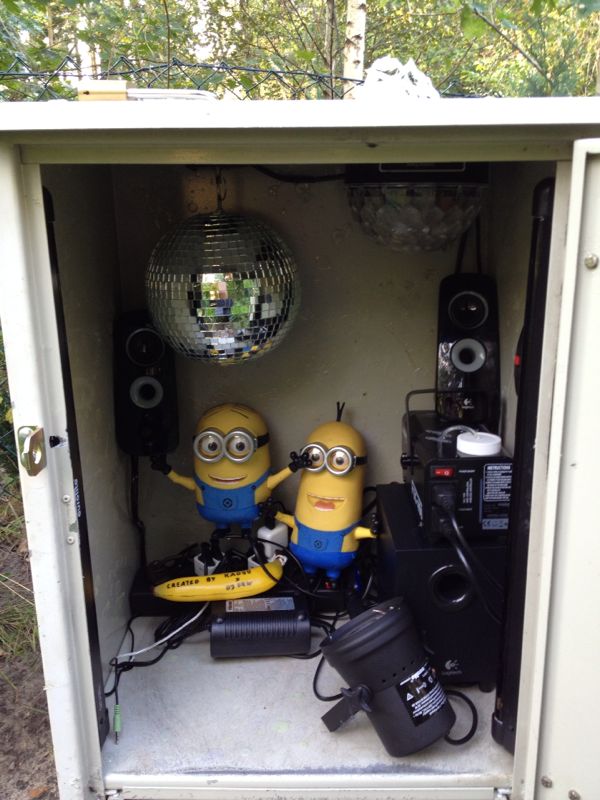 Bananaaaa Nightclub Nachtcache looks rather ordinary on the outside, a bit like a mini-fridge. But inside is a feast, not for the stomach but for the eyes and ears.

DJ UKW says inspiration came from watching a YouTube video with talking and singing Minion toys from the movie Despicable Me. “And as a former DJ (did that for nearly 20 years) the idea was born to do a Minions Nightclub.”

With some help from his geocacher friend Kadüü, the Minions Nightclub came to life.

The cache is rigged with all sorts of surprises. The container itself is locked, and to open it, you’ll need to first enlist the help of some of those singing Minions…but we won’t tell you exactly how! Inside are two speaking, highly flatulent Minions… 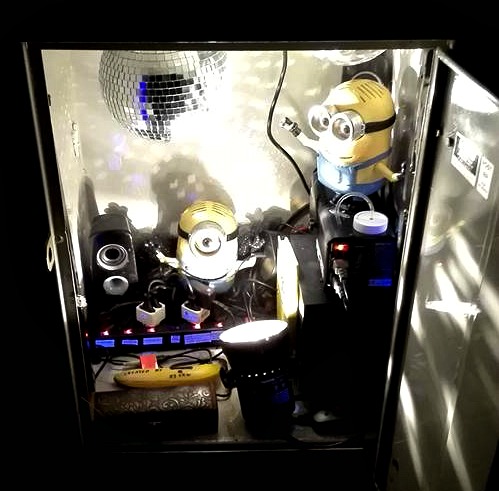 …and a fully-functioning miniature disco, powered by electricity from a friendly neighbor. Sound is provided by an mp3 player and some little speakers. The light show is created with a disco ball, LED dome light, and an ultraviolet tube light. There’s even a little fog machine. Says DJ DKW: “All you need for a Minion Party.” 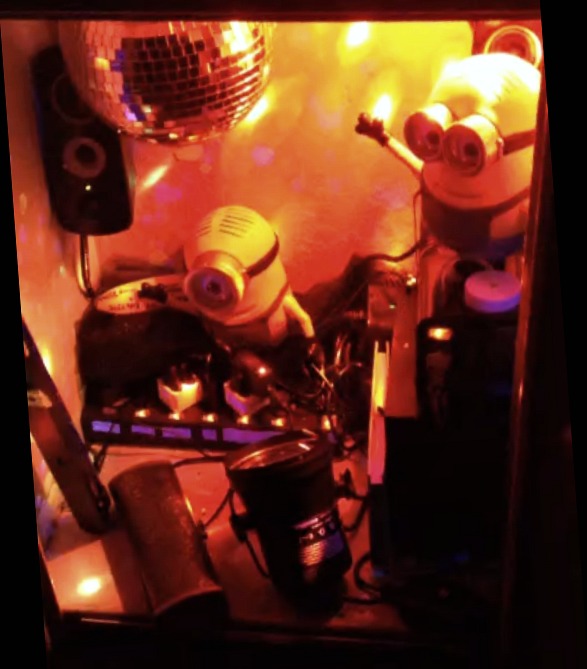 Everything operates on a timer, so the party can only begin after 6pm, and ends at 2am—even Minions need to sleep! The Cache Owners says it’s not uncommon to read logs on the cache about people having their own dance party next to it, and “becoming children again when they let the Minions talk or fart!” Classic.

When asked if he’d like to share anything with the Geocaching community, DJ DKW said simply, “No. Just go out and have fun while Geocaching.”

Thanks in part to him and this night cache, we will.