It’s Bigger on the Inside! — Who?: Regeneration (GC5ZFGA) — Geocache of the Week 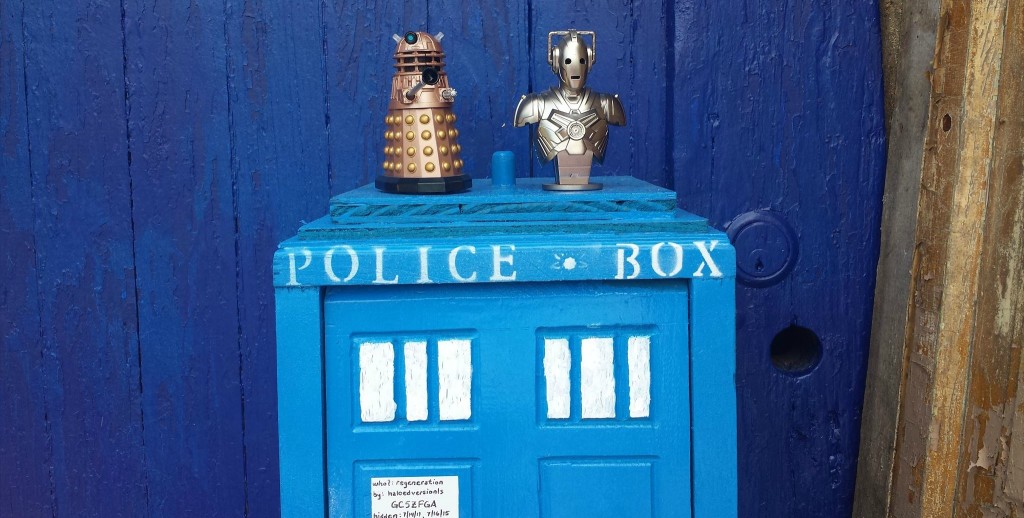 If there’s a secret recipe for making a Geocache of the Week — and we’re not saying there isn’t! — it probably includes the words “Doctor Who-themed” and “gadget cache”.

Those are certainly both on the ingredients list for Who?: Regeneration. Although still relatively “young” at six months, this cache is a more attractive regeneration of a different Doctor Who-themed cache which the cache owner had previously hidden in the same spot.

And it’s a great cache — it even has a field puzzle element! Whovians will spot the Tardis blue of the cache’s exterior from a mile away. We’re going to be quiet now and just let the words of the cache owner and other geocachers, and the photos of the cache, speak for themselves.

What the Cache Owner, haloedversionls, has to say about it:

Can we assume you’re a fan of Doctor Who?
“Yes, I am also a fan of the Doctor and dressed up as David Tennant’s iteration of the Doctor for Halloween in 2014. I enjoy the adventure and exploration of the show. Much like geocaching: adventure and exploration. The Doctor would make a great geocacher! Imagine the possibilities: the ability to find caches anywhere and at anytime. Also, the Doctor is clever, and we all know that geocachers often are some of the cleverest people.”

What inspired this geocache hide?
“The original cache was inspired after my wife and I had finished binge watching a season of Doctor Who. A friend of ours was moving to Oxford for a time and we were discussing the geocaching opportunities in England if she were a geocacher. One subject led to another, as conversation tend to go, and shortly after I was hanging a blue box. A few years later, I became unsatisfied with the original, so I archived it and replaced it with an improved box with a mini-gadget involved to open it.”

What’s your (or your wife’s) favorite episode of Doctor Who?
“My wife’s favorite Doctor Who episode is the end of the forth season (new Doctor Who) where the tenth Doctor (David Tennant) unites with  companions Rose, Donna, Marthy, Mickey, Captain Jack, and Sarah Jane. I, on the other hand, likes John Hurt’s short appearance as the Doctor in the 50th anniversary episode. I really likes the ‘multiple’ timelines plot and I seem to notice some other clever cameo or reference each time I watch it.”

What geocachers have to say about it:

“We received news of the Tardis in our area and approached cautiously. Were the Daleks nearby? The good Doctor tried to use his sonic screwdriver, but had to get it adjusted by a helpful companion. We signed the log and moved to another time.” –r.e.s.t.seekers

“Where do I start with this cache?!? I’ll start with saying it’s perfectly executed, and The Doctor himself would enjoy this homage to his beloved Tardis. I (WillowTree) have been a HUGE fan of Doctor Who since high school, and all I can say is this cache made me beam (I would attach the photo as proof, but it’s too much of a spoiler). All I can say is thank you for such an enjoyable and wonderfully nerdy cache! I loved it. So did MrBee

Favorite point worthy for sure! Dropped off a Travel Bug.” –MrBee&WillowTree 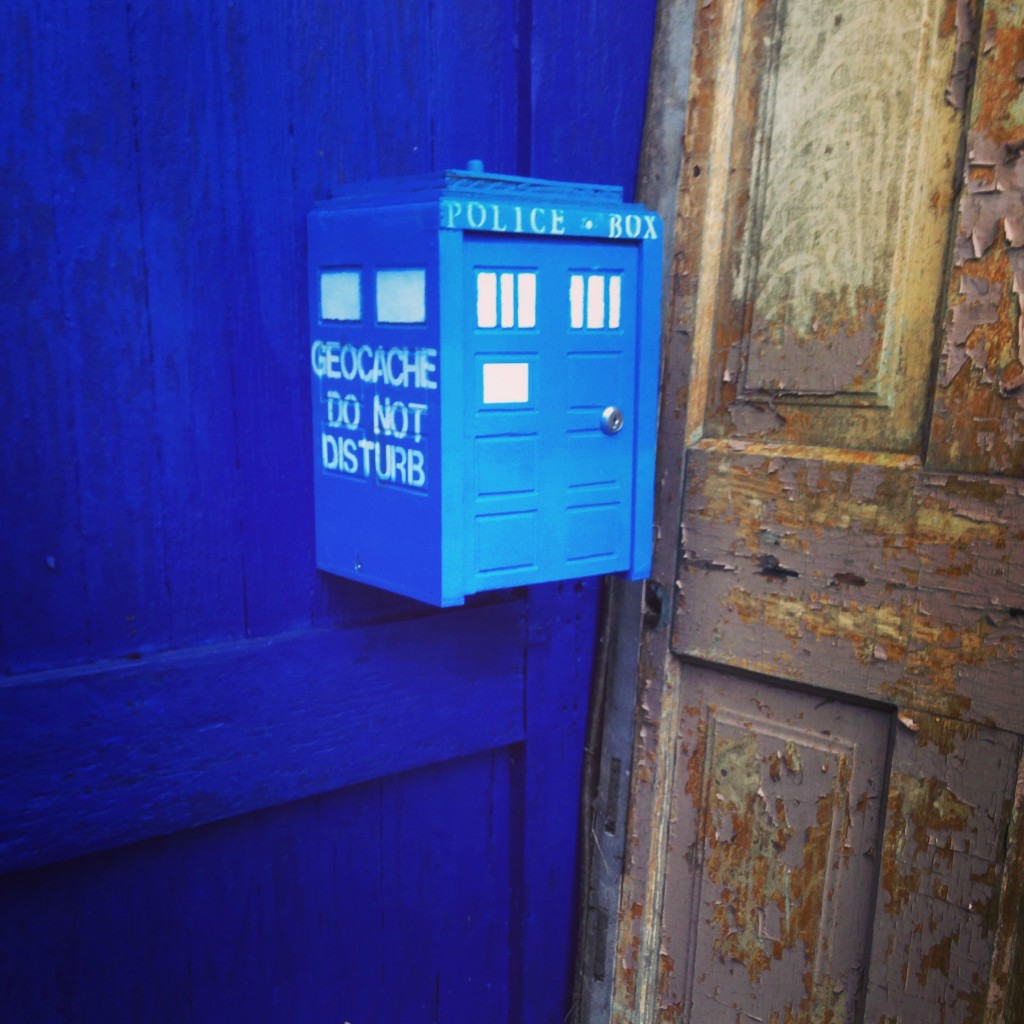 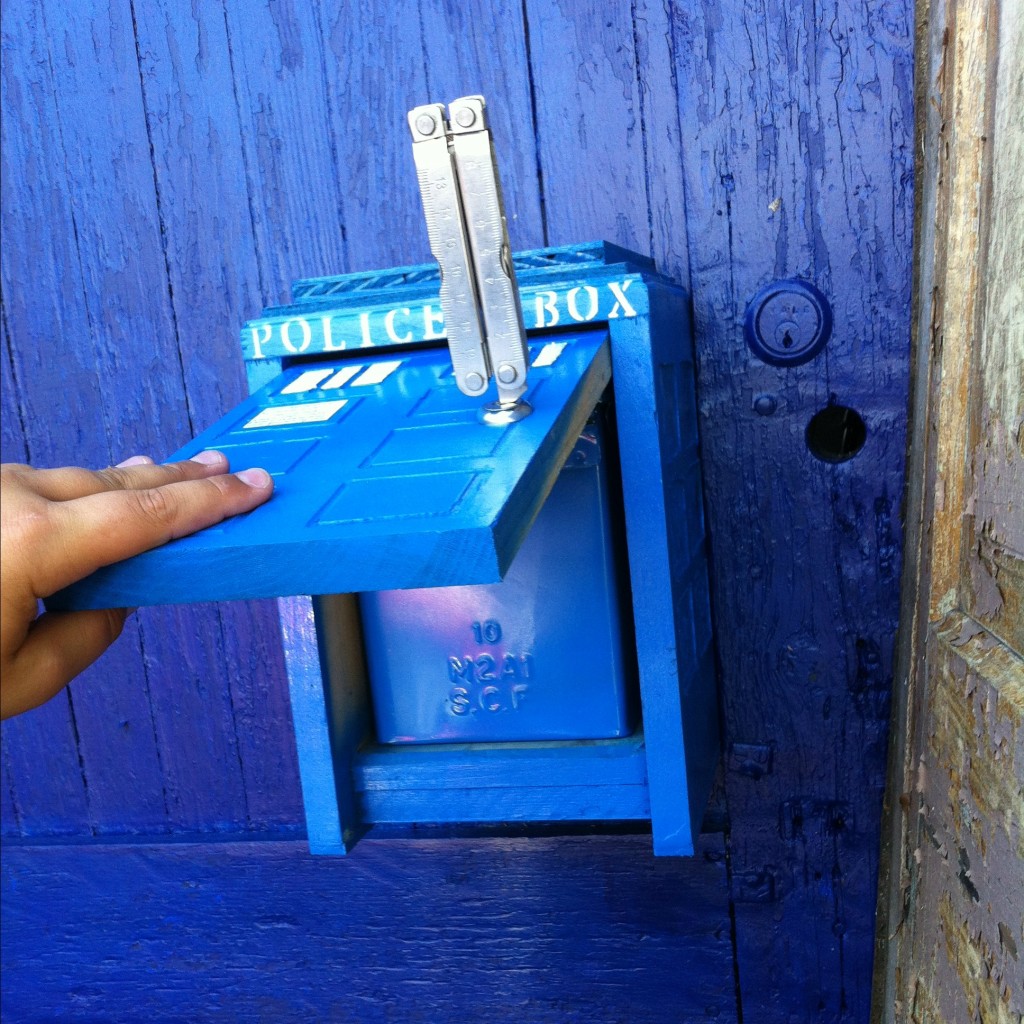 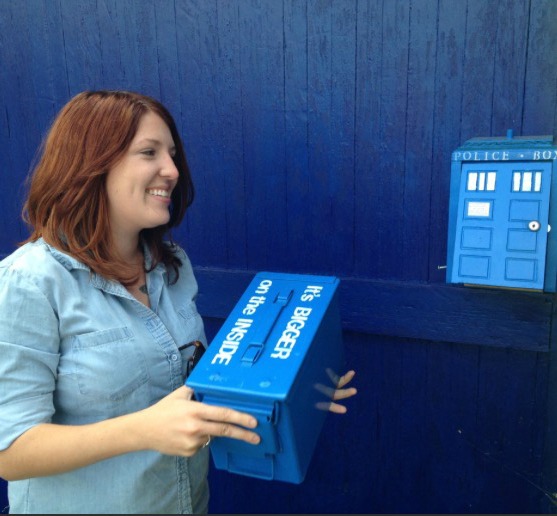 Learn about some more of the most amazing geocaches around the world. Check out all of the Geocaches of the Week on the Geocaching blog. If you would like to nominate a Geocache of the Week, fill out this form.