Kolmanskop – A Ghost Town (GC1Z46T) — Geocache of the Week 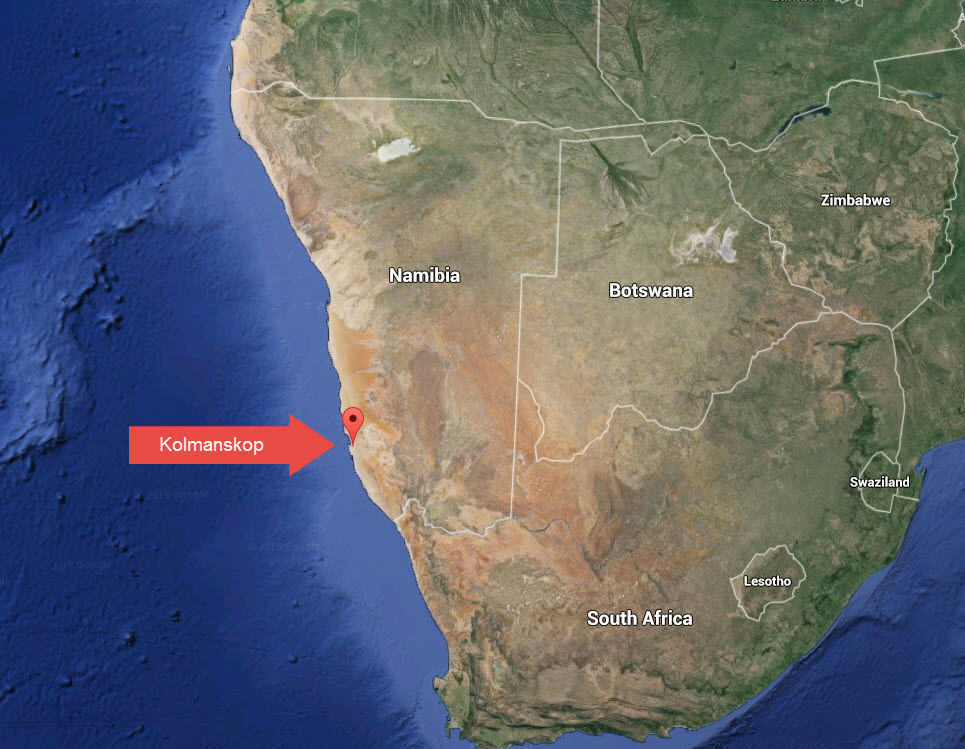 Boom-and-bust desert ghost towns are not an exclusive trademark of the American west. The site of this EarthCache is a ghost town at the edge of a Namibian desert. The town’s name is Kolmanskop.

In 1908, Namibia was a German colony called South-West Africa. That year, a German man named Zacharias Lewela found a diamond while working on a railway line. Lewela’s lucky find sparked a frantic diamond rush, with floods of diamond hunters arriving and settling in the area, and naming it Kolmanskop.

The town was quickly built up by its residents, with a distinctly German architectural style. At its pinnacle in the 1920’s, Kolmanksop was home to about 700 families, and its amenities and institutions included a hospital, ballroom, power station, school, skittle-alley, theater, gym and swimming pool, a casino, an ice factory and the first x-ray-station in the southern hemisphere. That was the boom.

The bust came after World War I. The diamond fields of Kolmanskop had been milked for all they were worth, and diamond mining in other areas created competition. By 1954 the town was completely abandoned.

Over time, the geological forces of the desert filled the remaining buildings with heaps of sand, blasting brightly colored paint from walls and scouring roofs. Now, visitors who want to see the eerie sights for themselves can take a tour of the town. The company that runs the tours has restored a few of the buildings to their historical looks. But most of the leftover buildings have been left to fill slowly, but surely, with sand. 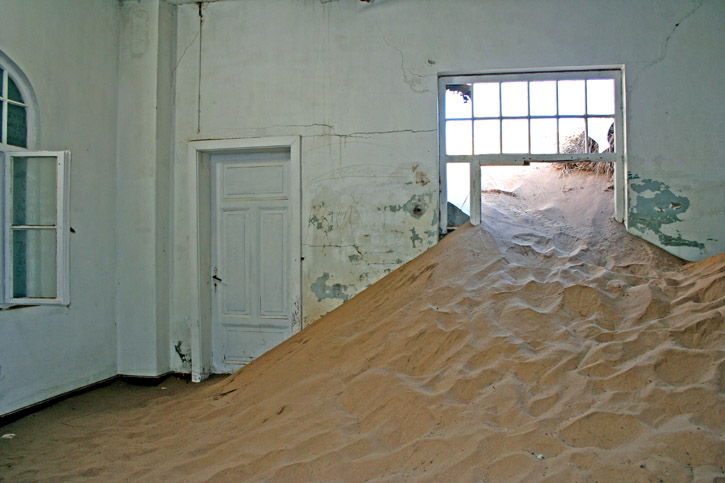 “Hat mich irgendwie an Arizona erinnert wo es auch Ghosttowns gibt. Nur waren es hier keinen Diamanten sondern Gold. Absolut sehenswert. Vielen Dank für den Earthcache. Natürlich ein Schleifchen von uns.” Reminded me a little bit of Arizona, which also has ghost towns. Except here, of course, it wasn’t gold, but diamonds. Absolutely worth visiting. Thank you very much for this EarthCache. Of course it gets a favorite point from us. b012887

“We loved visiting the Ghost Town at Kolmanskop during our family holiday to Namibia. Exploring the houses was great fun for both the adults and children on our team alike. TFTC.” GCMTWood

“Great area, easily the coolest Lost Place we have ever been! Thanx go out to the owner, that did a great job at creating this wonderful esrth cache. The questions involved, brought us to think even further about our experience at Kolmanskuppe. If you’re in town, this is the definite must do and the Cache as well! Thank you very much and greetings from germany!” John Milton 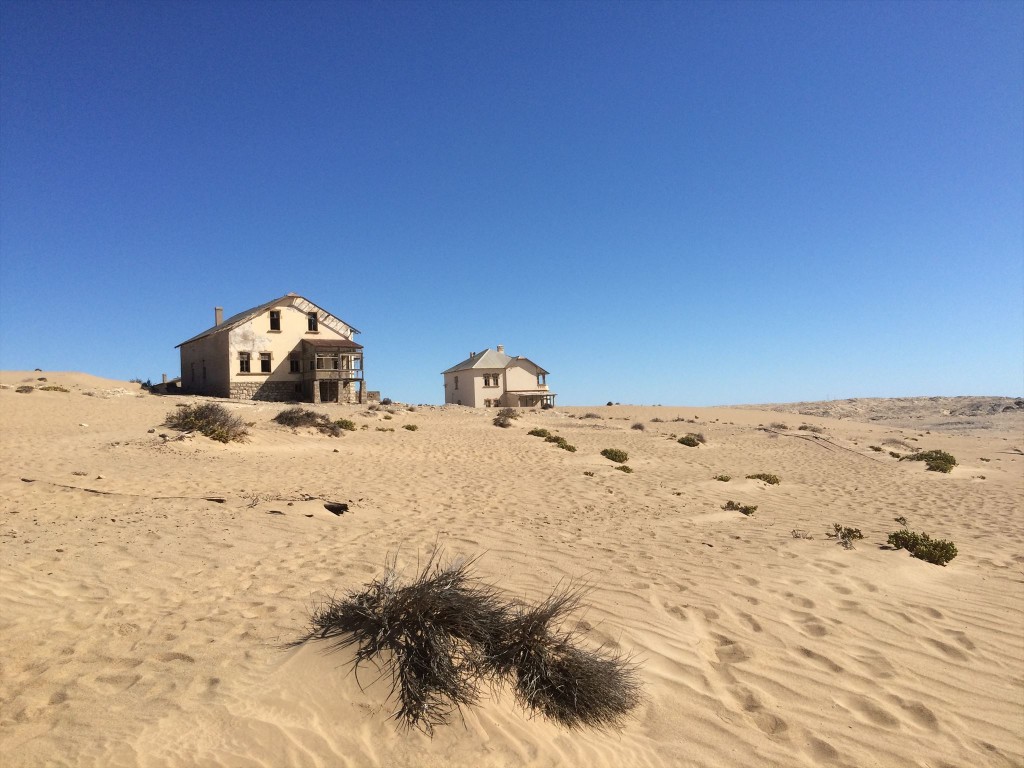 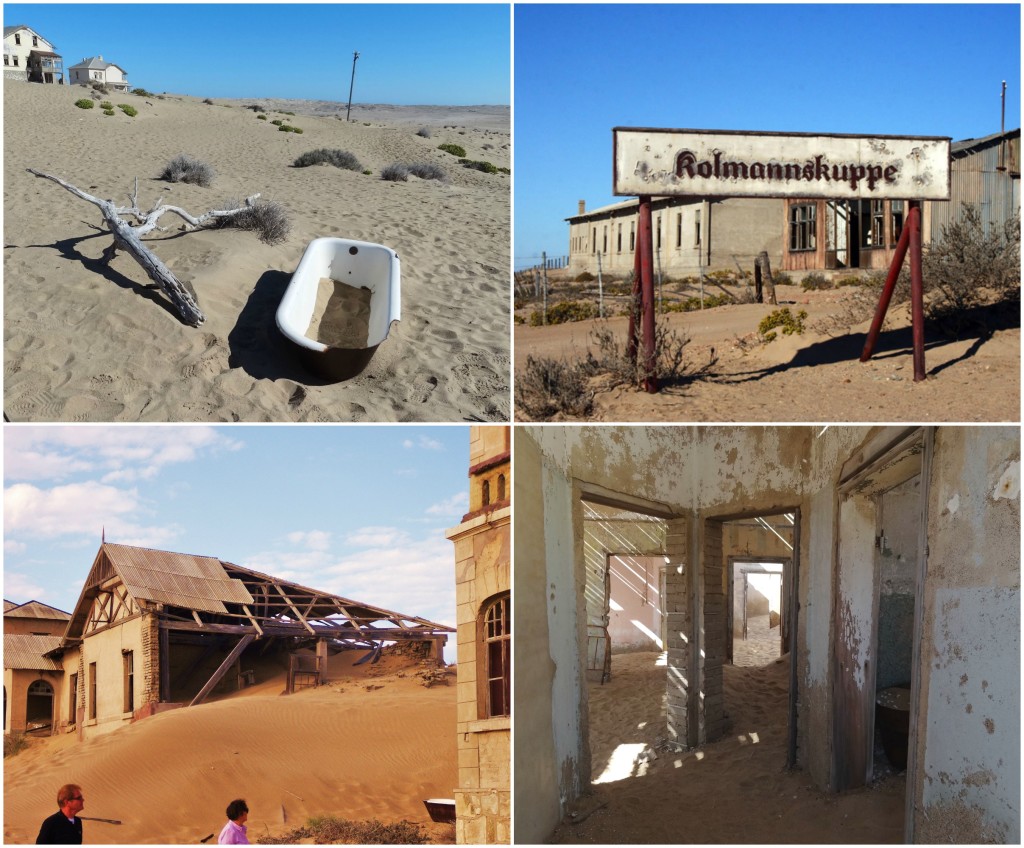 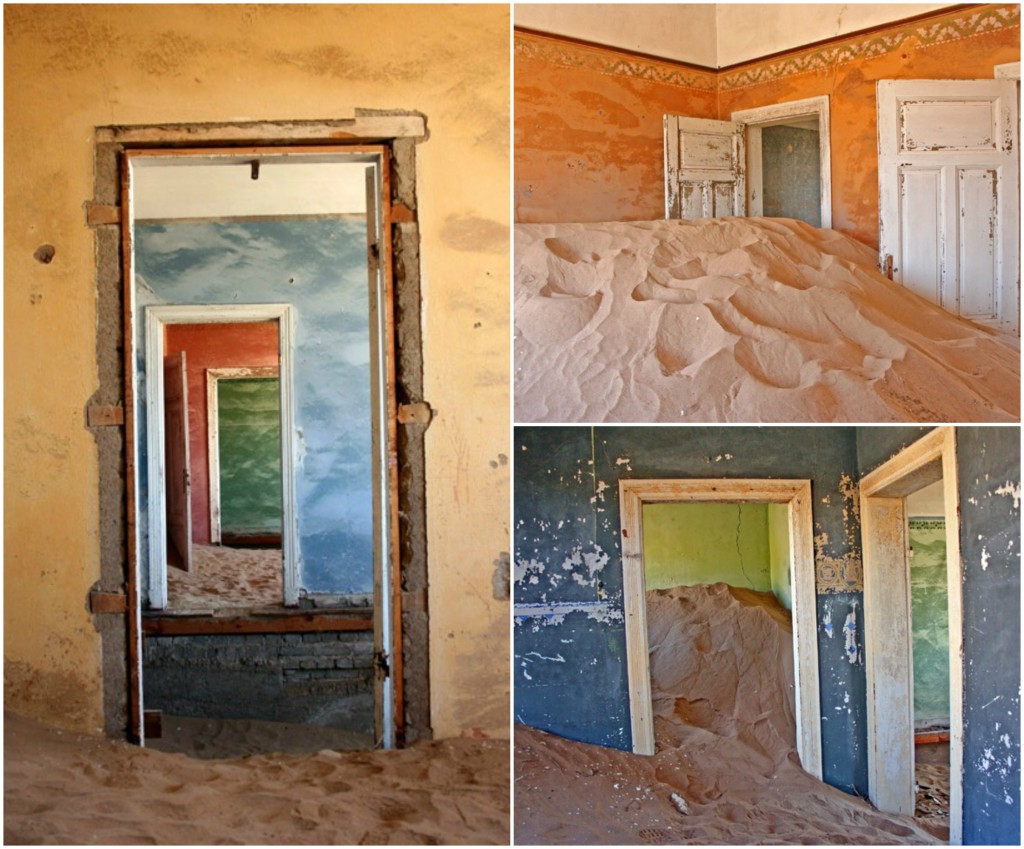 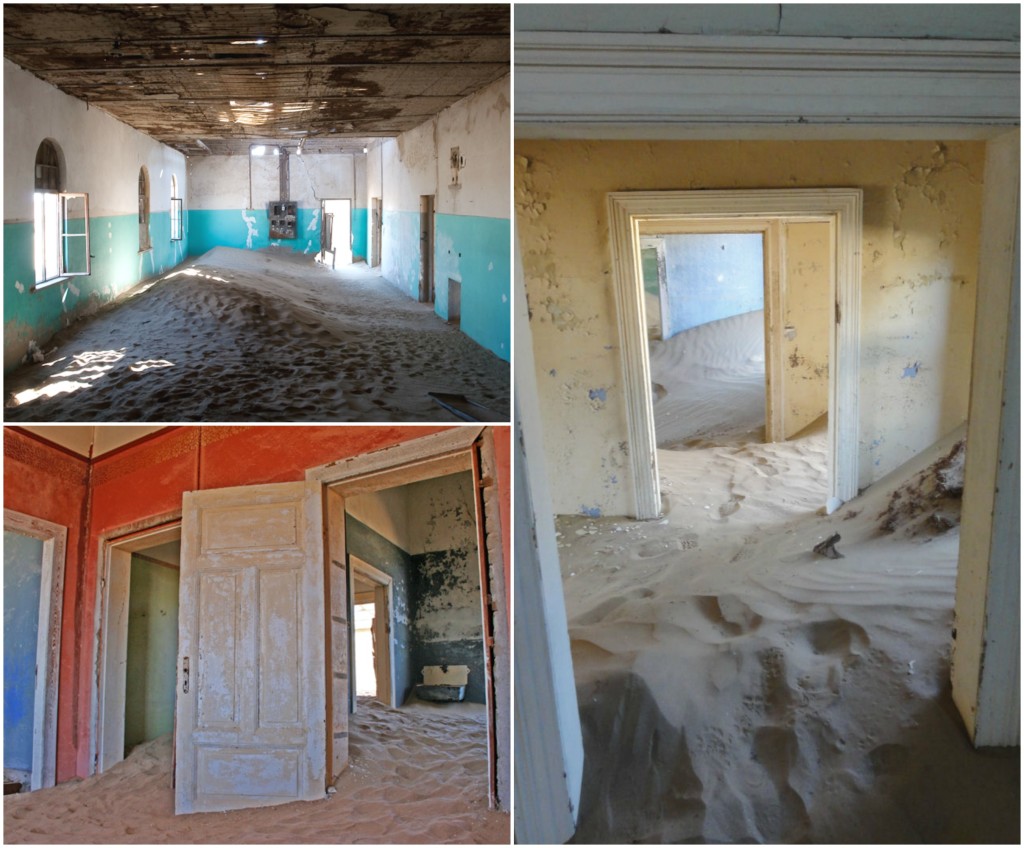 Continue to explore some of the most amazing geocaches around the world. Check out all of the Geocaches of the Week on the Geocaching blog. If you would like to nominate a Geocache of the Week, fill out this form.