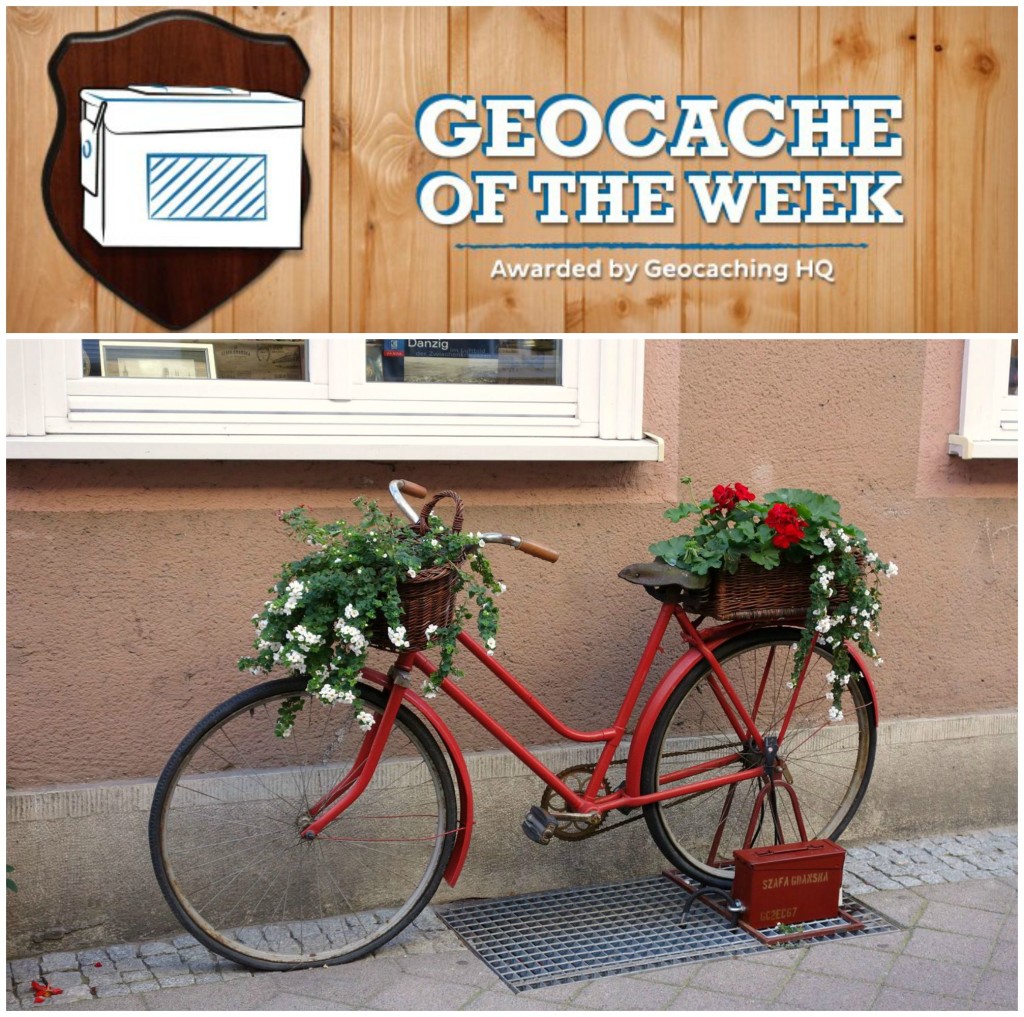 It’s not often that a cache hidden in plain sight manages to surprise and delight its finders, but this one does. Tourists visiting Gdańsk, Poland who visit this cache find themselves standing in front of a secret that most locals don’t even know about. To the muggle (non-geocacher), the red metal cube next to the bicycle is merely functioning as a kickstand to a nice piece of “upcycled” art. The geocacher knows otherwise. It’s a lessen that not every geocache has to involve clever gadgets to blend in to its surroundings—this one just needed some red paint and the right setting.

“What an interesting cache-container in this beautiful old town. I think, we should come back to Gdansk for a longer time, because, today we had not so much time during our Cruising Stop. Thank you for the Cache and greetings from Germany.”  –Cache-Kühe

“So good! And so cheeky! Had some polish friends to cover me with some people and a pram… and so opened the container and signed the logbook. Seems impossible to do it alone…for the nice idea I leave a FAVpoint and a big THANK YOU, Wolffsteam from Germany.” –Wolffsteam

“Roadtrip through Europe: 18 days and 4924 kilometres. We visited 10 countries and our only goal was to find at least 1 geocache in each of them – which we also succeeded! Altogether we found about 25 geocaches. Very nice TB hotel! Worth a FP from us. Also we liked the souvenirs in the shop and bought a bagful of them

We took the French TB to travel to Finland with us. Thanks for the cache and greetings from Finland!” –Team Korppi

What the geocache owner, Thathanka, has to say:

How did you come up with the idea to hide the cache in plain sight?

“The cache has a history. First of all when I hid this cache back in 2010 geocaching.com wasn’t very popular in Poland and there was no safe and easy accessible place in Gdansk to swap trackables. When it was published it was placed in the shop and it was very well received by geocachers what you can read in logs but after about 2.5 years it was reported as violating the Guidelines and I had to think about future of the cache. I had to move it outside the shop or archive. The second option wasn’t a solution to anything because I could already see a demand for a cache of this type. I worked with landowners on the solution and they accepted my idea of another “gadget” in front of their shop and we came out with present form of the cache. It’s obvious for geocachers and nicely invisible for other tourists. As I’ve heard recently, it’s Muggle-proof and apparently the change we made was for good as the cache is now available 24/7.”

Do you think non-geocachers ever wonder what the red box is for?

“From the logs I know that in most cases tourists pay no attention to the cache thinking about it as part of shop decoration and moreover they do not even pay attention to geocachers at the cache. Although I’ve heard that tourists sometimes make a jokes about geocachers trying to steal the bicycle next to the cache.”

What’s been your reaction to all of the nice logs and Favorite Points?

“I love this type of caches myself and I’m trying to find them in the cities I’m visiting. I reward them with FP’s because it’s not easy to hide something bigger than micro in city environment. I’m sincerely surprised by popularity and nice comments which are clear proof that it’s worth to make an effort. Every single positive log and each FP make me smile and give me inspiration to make every next cache better than previous one. I treat FP’s as a blue fuel for me as a cache maker.”

Is there anything you’d like to say to the geocaching community?

“Example of Gdansk TB Hotel cache shows that if your initial idea of the cache does not meet guidelines and your Reviewer is asking you to make changes, you may feel disappointment (I was there!) but it’s worth to think about it as an opportunity for even better solution because results may very positively surprise you.” 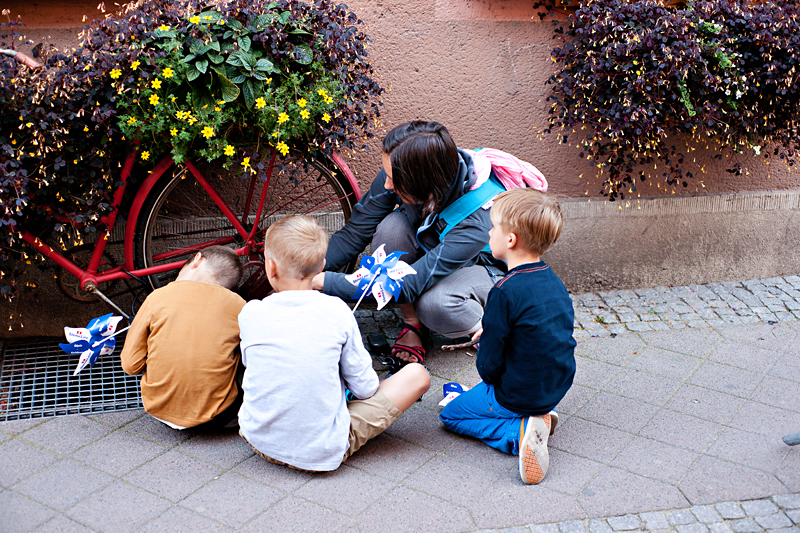 daim77 with the cache 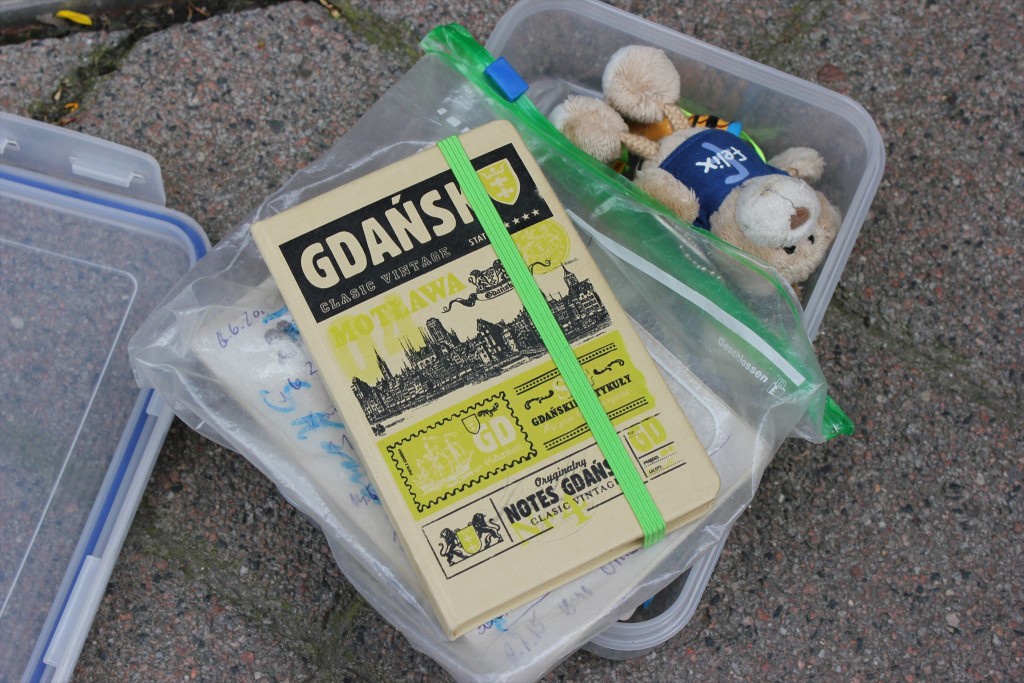 The logbook doubles as a good souvenir idea. 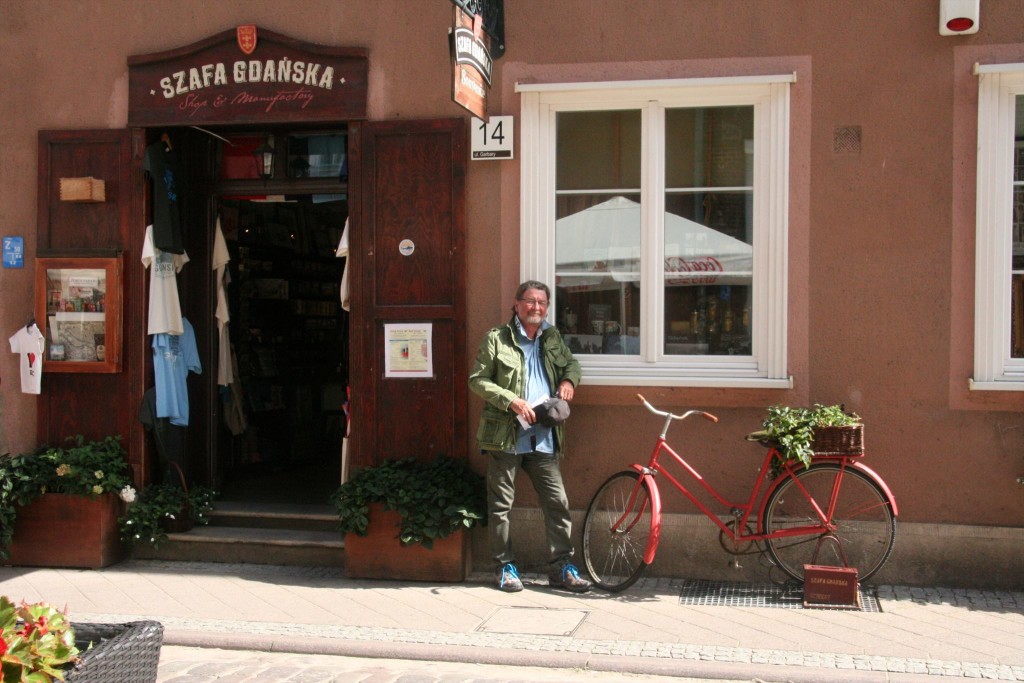 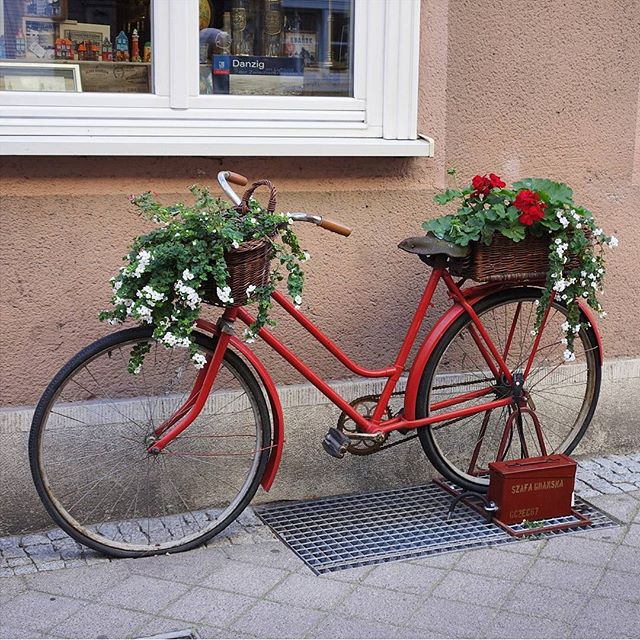 What has been the best “hidden in plain sight” geocache you’ve ever found? Post your stories and photos in the comments.