The Wild World of Underwater Geocaches 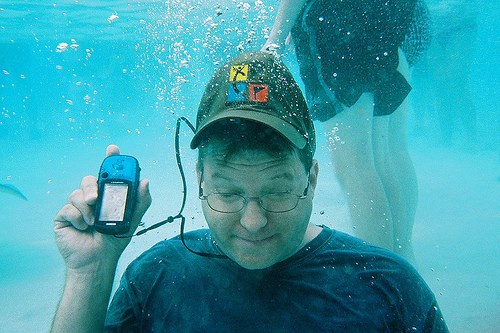 For the extreme geocacher: underwater geocaching

Call me Geocache. Some time ago – never mind how long exactly – having little or no finds in my profile, and no particular geocaches to interest me on shore, I thought I would cache about a little and see the watery part of the D5 rating scale.*

What better way to fill out the Terrain rating on your Fizzy Grid than going underwater to find your caches? Grab your snorkel, SCUBA gear, and wet suites, then check out these awesome and inspiring underwater caches:

GC2W056 Hilma Hooker is located in Bonaire, just off the northern coast of Venezuela. The geocache is almost 30 meters (100 feet) underwater at an actual shipwreck. Some underwater caches have special paper and pencils to sign the log, but for this cache, you must write your name in the sand under the yardarm of the ship’s main mast. 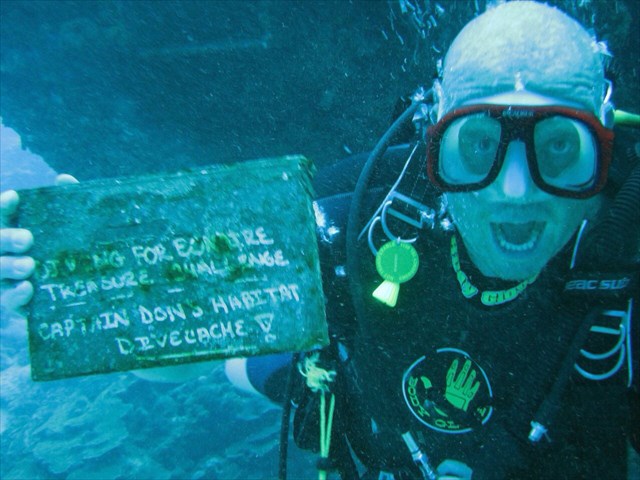 Going for the dive cache! 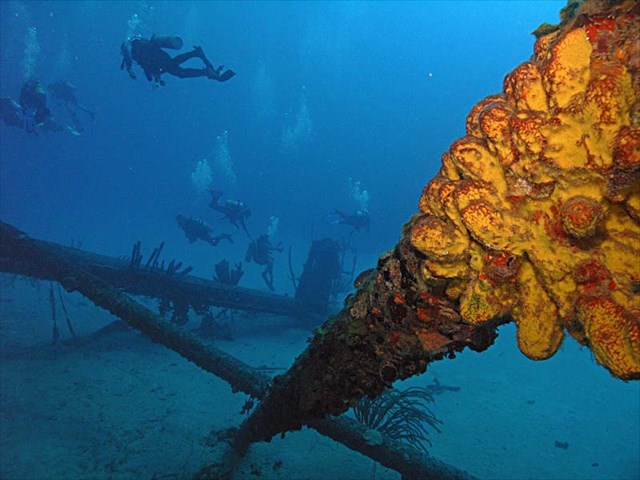 Gotta look out for muggles when “signing” the log Another idyllic underwater SCUBA cache is GC4BAC0 Kittiwake in the Cayman Islands. As the geocache description says:

The ex-USS Kittiwake was a Submarine Rescue vessel (ASR-13). She was part of the 6th Submarine squadron (SUBRON 6) home ported at the Destroyer-Submarine piers in Norfolk, VA. She was transferred from MARAD to the Cayman Islands Government in August 2009 and was cleaned and remediated in Norfolk, Virginia to become an artificial reef. This included substantial work including the removal of all hazardous materials (like pcb’s, asbestos, mercury, cabling, wires, oils, lubricants and a very long list). Additionally, all thin or loose materials that could break off during or soon after sinking were removed. The Kittiwake is possibly the ‘cleanest’ wreck ever to be sunk as an artificial reef. 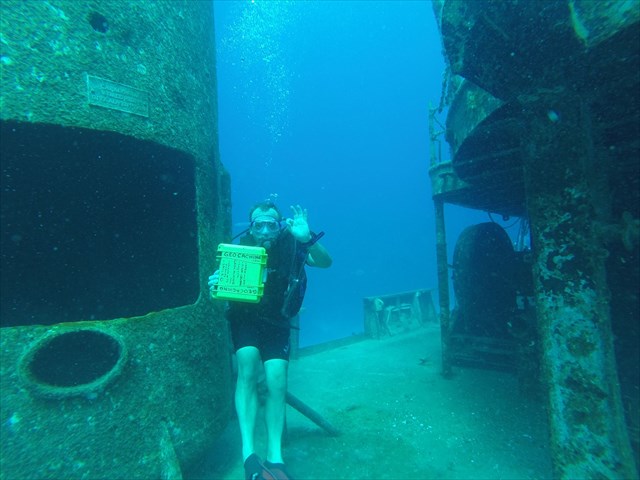 Aha! GC4BAC0 Kittiwake has been found! 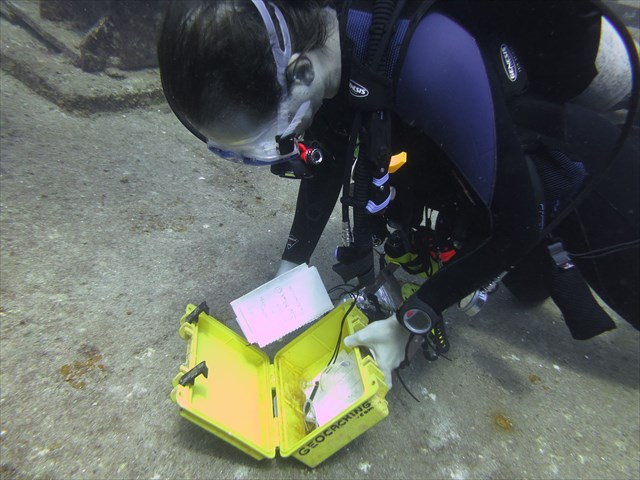 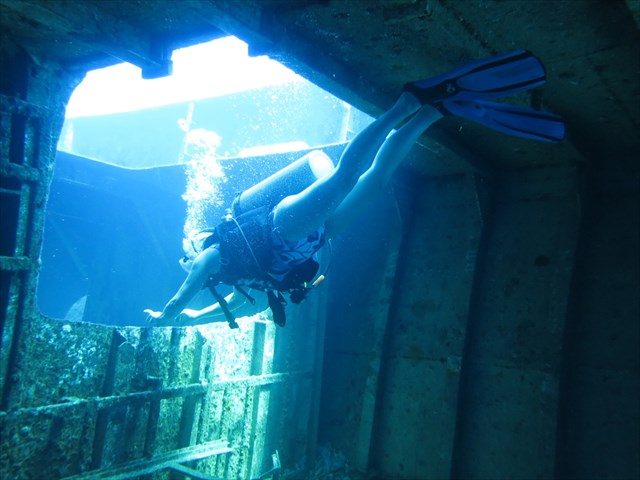 Oh the things you’ll see and do while SCUBAcaching!

Did you know there are freshwater lake sharks in Germany? Well, not technically, but there is a fake shark 30 meters (98 feet) below the surface near GCNQ40 Horka – Pumpenhaus. (You gotta admit that you were taken aback the first time you looked at these photos…) This Virtual Cache is, “…the cache owner’s revenge for all the climbing caches, which [he] will never reach.” 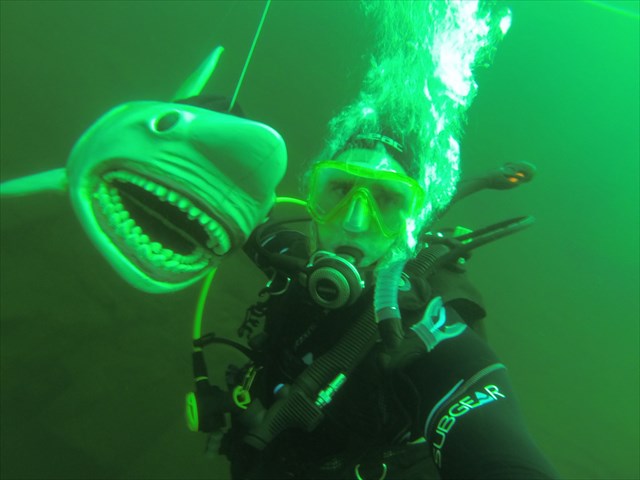 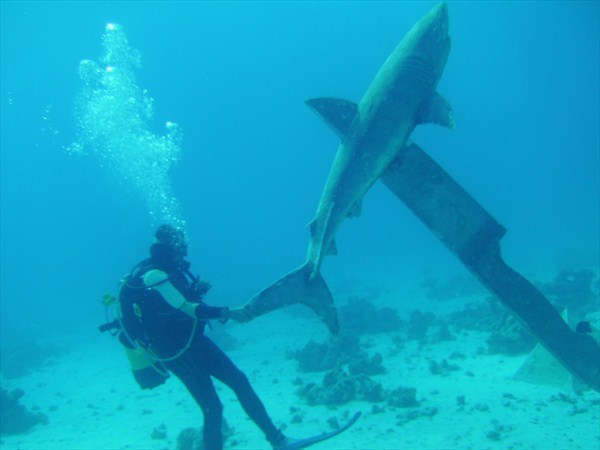 Everyone’s safe. The shark was impaled by… a huge steak knife? 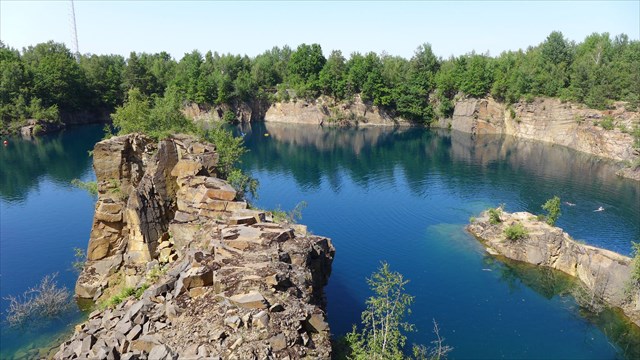 This is the beautiful location for this underwater cache

The deepest geocache on Earth is a small plastic horse on the seafloor, some 2300 meters (2515 yards) down. GCG822 Rainbow Hydrothermal Vents was placed by Lord British, who is also responsible for the highest geocache located on the International Space Station. Oddly, the geocache in space has been found by a couple of astronaut cachers, but the one on our own planet has yet to be found. Per the underwater geocache description:

For the record, this geocache is real, and can be found… Scientific study of high temperature bacteria and anaerobic life forms are subsidised by taking tourists to the vents. I have visited them twice myself. With 10-30 people visiting a year, I presume one will be a geocacher like me… sooner or later! 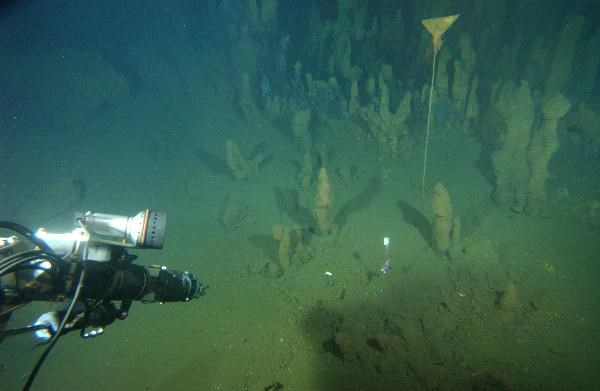 But what if you don’t have all that fancy scuba gear or deep water submersibles? Well, we have a couple of other options for you.

Head over to GC3KG2M Father Thames & The Mermaid (AS TIDES GOES BY) in London, England and wait for the tide to go out. This geocache currently has 387 Favorite points, and you can see why; it’s clever and takes you to a memorable location. 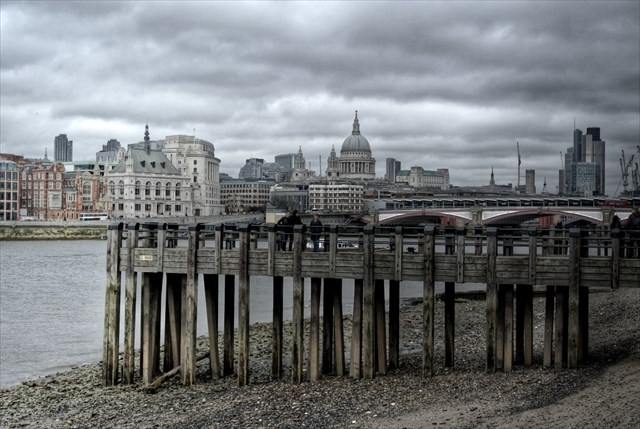 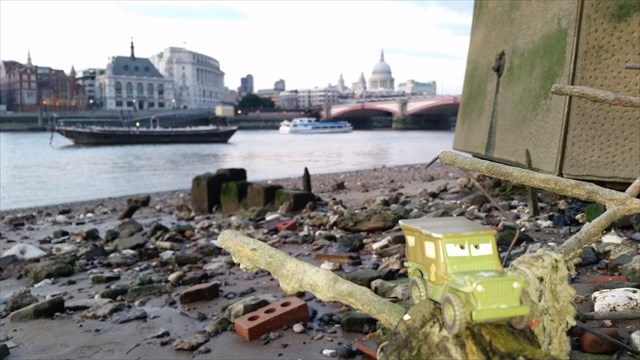 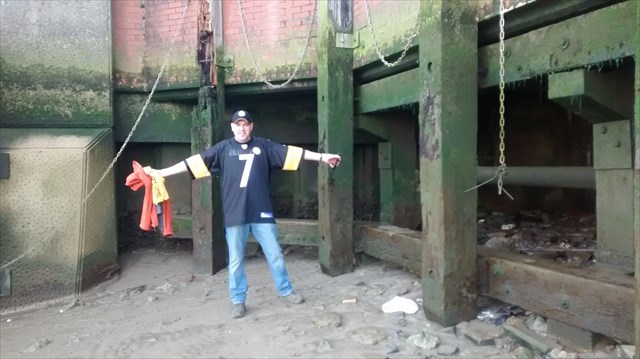 I think I found it!

We got one last geocache that may, ahem, float your boat. GC2H5GD Winnepesauke bumblebee scuba is located about 400 feet from the shore and about 35 feet below the surface. This geocache is available year round by diving in the summer, and ice fishing in the winter. Really depends on your perspective on what’s more difficult. 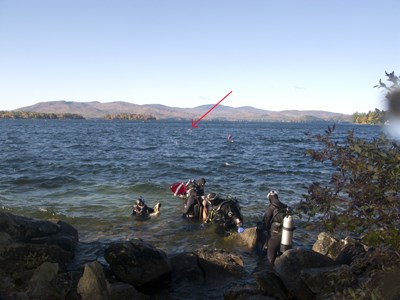 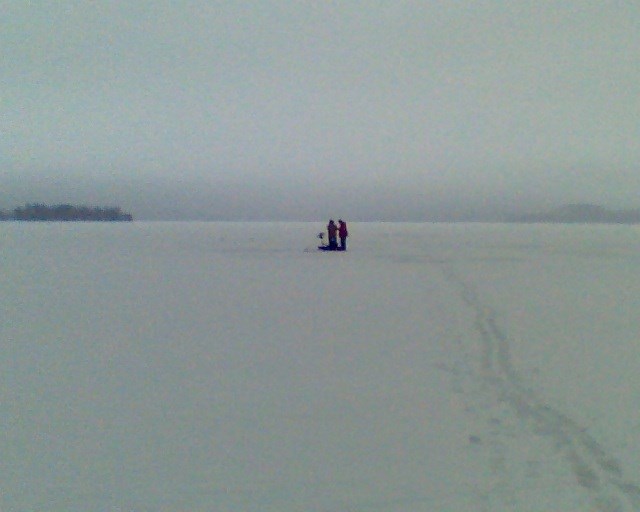 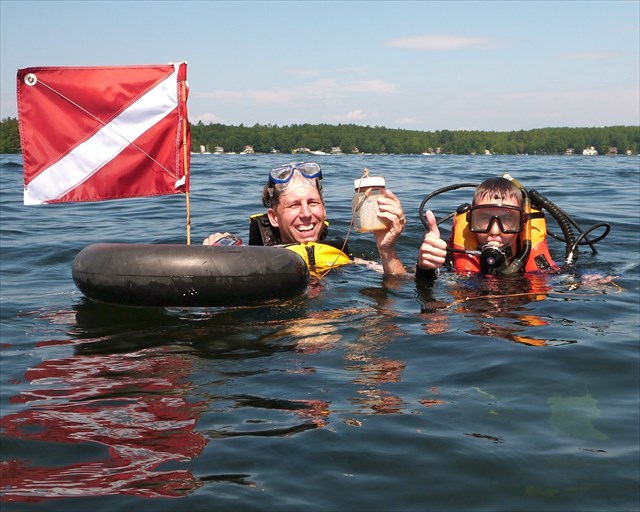 Again, GC2H5GD in the summer 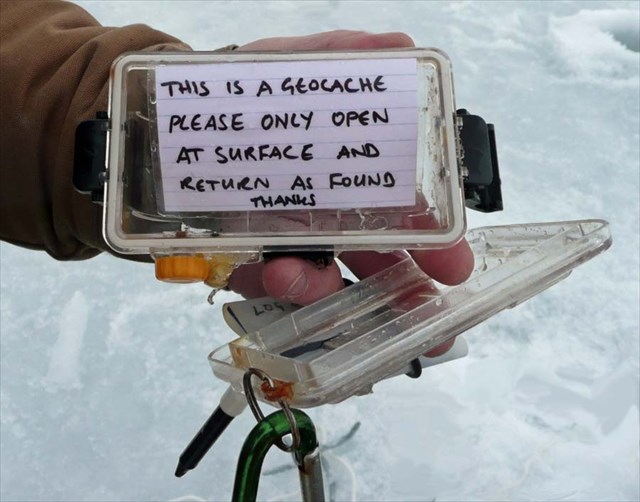 Again, GC2H5GD in the winter!

Have you ever found a geocache underwater? How was it, or what’s holding you back from obtaining this type of cache? Tell us in the comments below!

*Deepest apologies to Herman Melville for this complete and very pathetic rip off of the opening passage to Moby Dick.