How a Geocaching.com Co-Founder Found Geo-Love 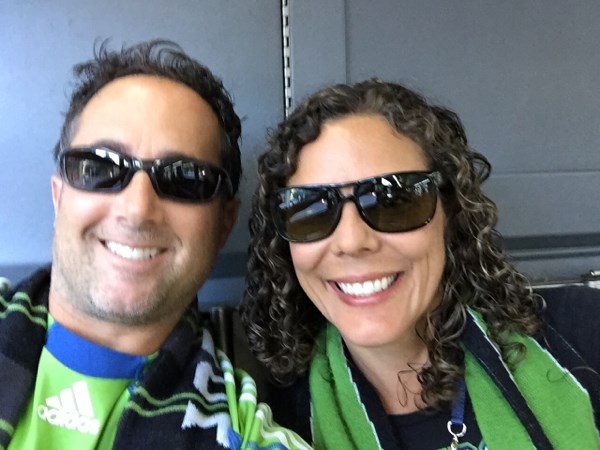 Bryan and Hydee on their way to a Seattle Sounders game.

Some people find much more than just cache containers when they’re introduced to geocaching. Geocachers may discover parks they never knew existed, the hidden history of their community or even the sting of stepping in poison ivy. But some geocachers wander into something else. They’re lucky enough to find the person they’ll spend the rest of their lives with.

It happens. It happened to one of the founders of Geocaching.com. Bryan Roth attended a geocaching event fourteen years ago. Fellow founder Jeremy Irish encouraged Bryan to attend.

Bryan says, “This was the first of [88] total geocaching events that I’ve attended so far. Jeremy had suggested that I attend and I figured it’d be a great opportunity to meet some members of the local geocaching community. I really didn’t know what to expect but, of course, that day has changed my life forever.”

What happened next may have been one of the very first cases of geo-love.  The event’s name was innocent enough. It was called Washington Geocaching Potluck & Quilting Bee. 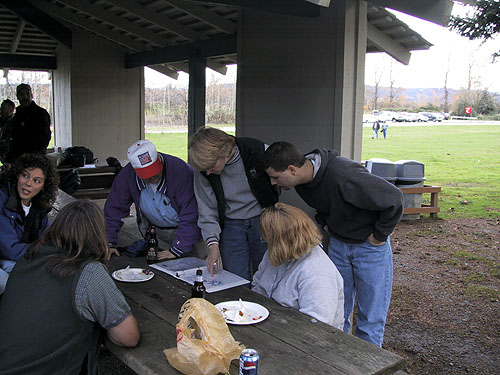 Bryan’s “will attend” log read, “I will be there (with chocolates).” Bryan says he wasn’t fishing for love with those chocolates, “Not at all.  At the time, I don’t think I was even looking for a date. I was only thinking about meeting geocachers and getting more involved with the local community.”

But Bryan says he soon met a geocacher named Hydee and her son Dylan. He remembers his first thought, “Yeah [my first thought was]—she looks like trouble.  I was right, of course.  ;)”

She later told Bryan the chocolates helped cement her intuitions that he was the right person for her. She loves chocolate.

Jon Stanley, Moun10Bike, hosted the event where Hydee and Bryan first met. Jon says, “That event is actually where I first met Bryan. I didn’t know that the spark had been lit at that time, but I soon found out. Hydee and her friend CameraThyme kept referring to “AFM,” which stood for “Action Figure Man.” After a while I discovered that this was their code name for Bryan. Then, all became clear!” 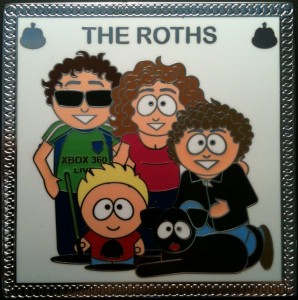 Hydee’s friend CameraThyme also played a key role. Bryan says, “Thanks to CameraThyme for letting me know that Hydee was single.”

Bryan and Hydee were eventually married. They’ll be celebrating their 15th anniversary of meeting in November 2016.

Jon says Bryan and Hydee are lucky, geo-love can be a rare commodity, “I attend a fair amount of events, though, and while I’ve heard of people meeting through them, Bryan and Hydee are the only ones I personally can name who linked up as the result of an event!”

But you never know. Attend a geocaching event before September 2nd this year, and you might come away with more than just your Meet Your Road Trip Crew souvenir—you could meet your own Geo-Love.

Can’t get enough geocaching love? Check out these sweet videos from the 2014 Geocaching International Film Festival.

Do you know any geocaching love stories?