Add a Side of Geocaching to Your Other Hobby 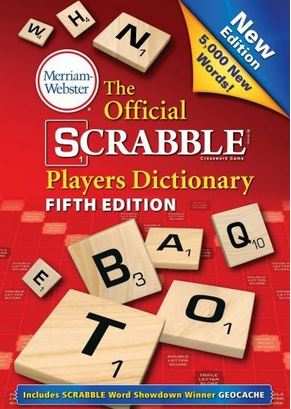 Photo caption: the official Scrabble Dictionary including the word Geocache can now be found in stores throughout North America

One simple question spin up into a first in the world of Scrabble. It all started when long time geocacher Roy Alexander, RCA777 was playing a game of Scrabble with a friend. He asked whether they would accept the word “geocache” in the game if it were played. They said, no. But Roy wasn’t about to take no for an answer.

At the time the word geocache was considered unplayable because it was not yet an official word in the Scrabble Dictionary. Roy jumped at the opportunity when he saw Hasbro announce the #ScrabbleWordShowDown contest on the Hasbro Game Night Facebook page. On March 12th, 2014, RCA77 suggested the word geocache to Hasbro.

“I posted a screenshot of my suggestion in geocaching groups on Facebook – and the response was remarkable. Geocachers spread the word and supported the cause; things snowballed very quickly. Hasbro announced that GEOCACHE had made it to list of the final 16 words.” said RCA777.

“Geocache” quickly beat out the competition and moved up the charts to the final round knocking out the word “zen”. It was officially announced as the winner on April 10th, 2014, landing it’s appearance in the Official Scrabble Dictionary later that year.

Due to the interest from the fanatic geocaching community, Geocaching HQ reached out to Scrabble to create a partnership. Hasbro had 800 trackable tags made and distributed at the 2014 Geocaching Block Party in Seattle. Copies of the new dictionary were also given away as prizes to lucky geocachers. The tags were hot items and geocachers couldn’t wait to get their hands on them! 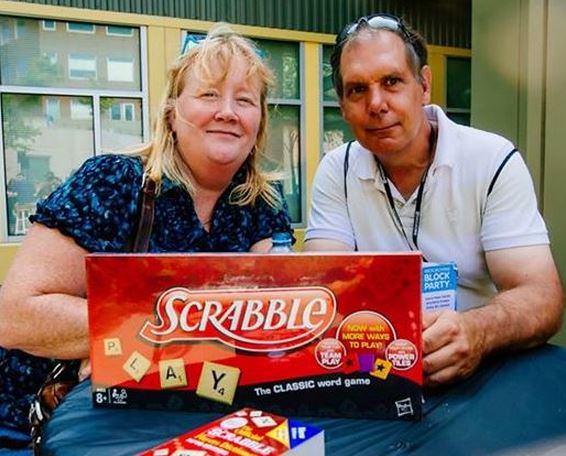 “I was very happy when GEOCACHE beat the word BITCOIN; I was thrilled when GEOCACHE trounced COSPLAY… I cannot put into words (!) how ecstatic I was when ZEN took second place and GEOCACHE won the prize.

Everywhere I went, there was a Scrabble and GEOCACHE story – CNN, Good Morning America, CBC here in Canada… everywhere!” RCA777 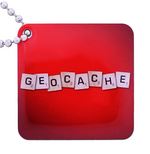 Have you spotted a Scrabble Trackable in the wild?

The Scrabble success story isn’t the only example of a geocacher who combined their favorite hobbies. That’s what happened when Geocaching HQ heard about the popularity of Airstream RV’s with the Geocachers who love to explore and camp along the way.

Geocachers have been known to travel long distances in their RV’s for the perfect story worthy geocaching moment. Airstream and Geocaching were a perfect fit.

When we asked longtime Geocacher and Airstream enthusiast, FluteFace, about her favorite hobbies she said, “When we’re on a trip in the Airstream, geocaching is almost always involved. Most geocachers cache when they travel – what better way to travel than in an Airstream.”

FluteFace parks her Airstream for the night near one of her favorite caches GC3VN6Y – Buttermilk, placed at what probably is a historical building (of sorts) and may be why the area is called Buttermilk.

During the Summer of 2014 Airstream and Geocaching HQ worked together to create 2,000 Trackables tags to be passed out at Geocaching events across the United States. Geocachers swarmed the events closest to their home location in the hopes of receiving an Airstream tag. 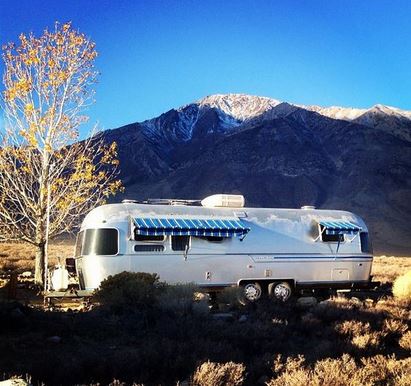 FluteFace parks her Airstream for the night near one of her favorite caches GC3VN6Y – Buttermilk, placed at what probably is a historical building (of sorts) and may be why the area is called Buttermilk.

“My husband, Brian, and I have owned Airstream trailers since 2002 and we started geocaching in 2008.  One of our favorite things to do is to travel in our Airstream while geocaching along the way.  Each summer we plan a couple of camping adventures to different destinations which include finding interesting caches during our trip.  When I saw the promotion last year between Airstream and Groundspeak, it was a dream come true for me and I wanted to become involved.” – yukionna

With ten geocacher appreciation events and over 750 attendees geocachers were literally happy campers. What hobbies do you think would be a geocaching match made in heaven?