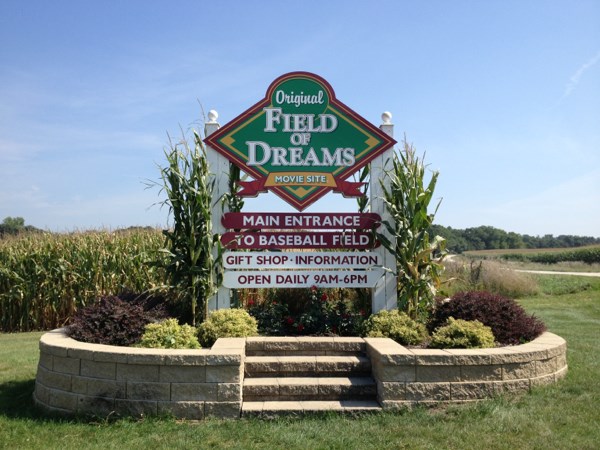 If you build it, they will cache. Photo by geocacher RVtrvlkids

There are quite a few geocaches hidden at movie sets around the world, including the Lord of the Rings and Star Wars. To celebrate the beginning of the 2015 Major League Baseball season in the United States, this geocache takes us to a pretty famous place in baseball history. If you’ve seen the 1988 film “Field of Dreams”, you’ll most likely recognize exactly where this geocache is.

“I ended up completely altering my original plans just to visit here. I had originally planned to take 380 down to Cedar Rapids and then catch 80 out of Iowa. Then I remembered this site and decided to see where it was. Turns out, it wasn’t too far off the route I was already on. So I just HAD to detour and check it out. Got here early in the morning. What a cool place! The cache took me way longer to find than it really should have, but I got it. Then I wandered down to the house and ballfield. Looks a lot different in winter than it did in the movie. I took the time to wander around and snap some photos and of course, walk the bases. Based on the footprints in the snow, I’m not the only one to do so recently. It is so cool that they preserved this place exactly how it appeared in the movie. How cool is that? I will have to return here some day when the field isn’t partially covered in snow and the corn is actually up. Thanks for bringing me to this awesome location today!” – Tsmola

“This was a focus cache, and I thoroughly enjoyed it! I have seen this movie a few times, and seeing the movie set was thrilling! Walked around the bases, and wandered out into the corn field was exciting! Thanks so much for placing this cache, as I wouldn’t have never seen this place without it.” – outsiders2

“Another must visit cache on our 7 day road trip with outsiders2 and Dr. House. We all remember watching the movie probably more than a few times. Took some time out of the schedule and became tourists and take many photos and even bought a few souvenirs. TFTC” – DDTKR

What the geocache owner, The-DuHawks, have to say:

On the favorite points and positive logs: “I think it is wonderful. It is a special place for me. In the final scene of the movie, when all the cars were driving, with their lights on, to the Field, my parents, who were in their 70’s, were driving one of the cars. I find it unbelievable that, even after 25 years, there are 1,000’s of people visiting the Field of Dreams every year.”

Don’t be afraid to come out and get a few hits in. Photo by geocacher Drew136 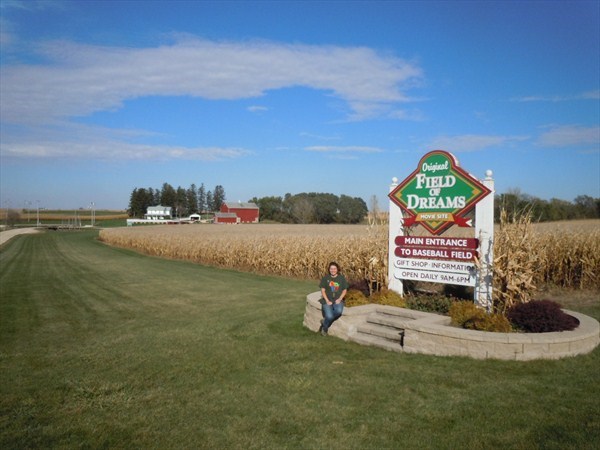 At the entrance. Photo by geocacher Hack1of2 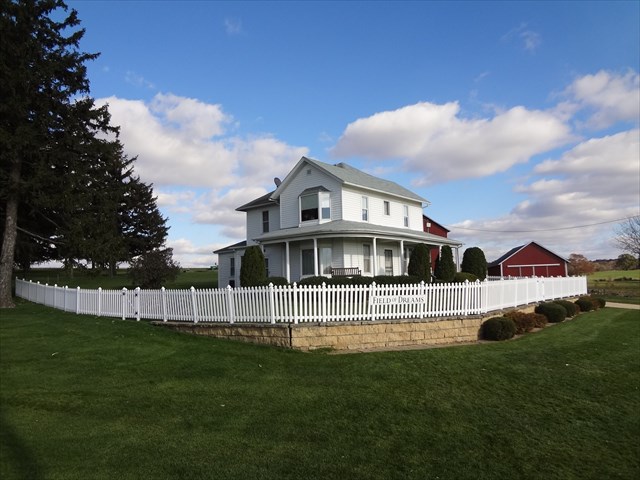 The house from the movie. Photo by geocacher PJM (Iowa/Nederland)

Have you ever found a geocache at a movie set? Tell your story and post photos in the comments.