Tune in to the live feed. — The Chicken Channel (GC5FN87) — Geocache of the Week 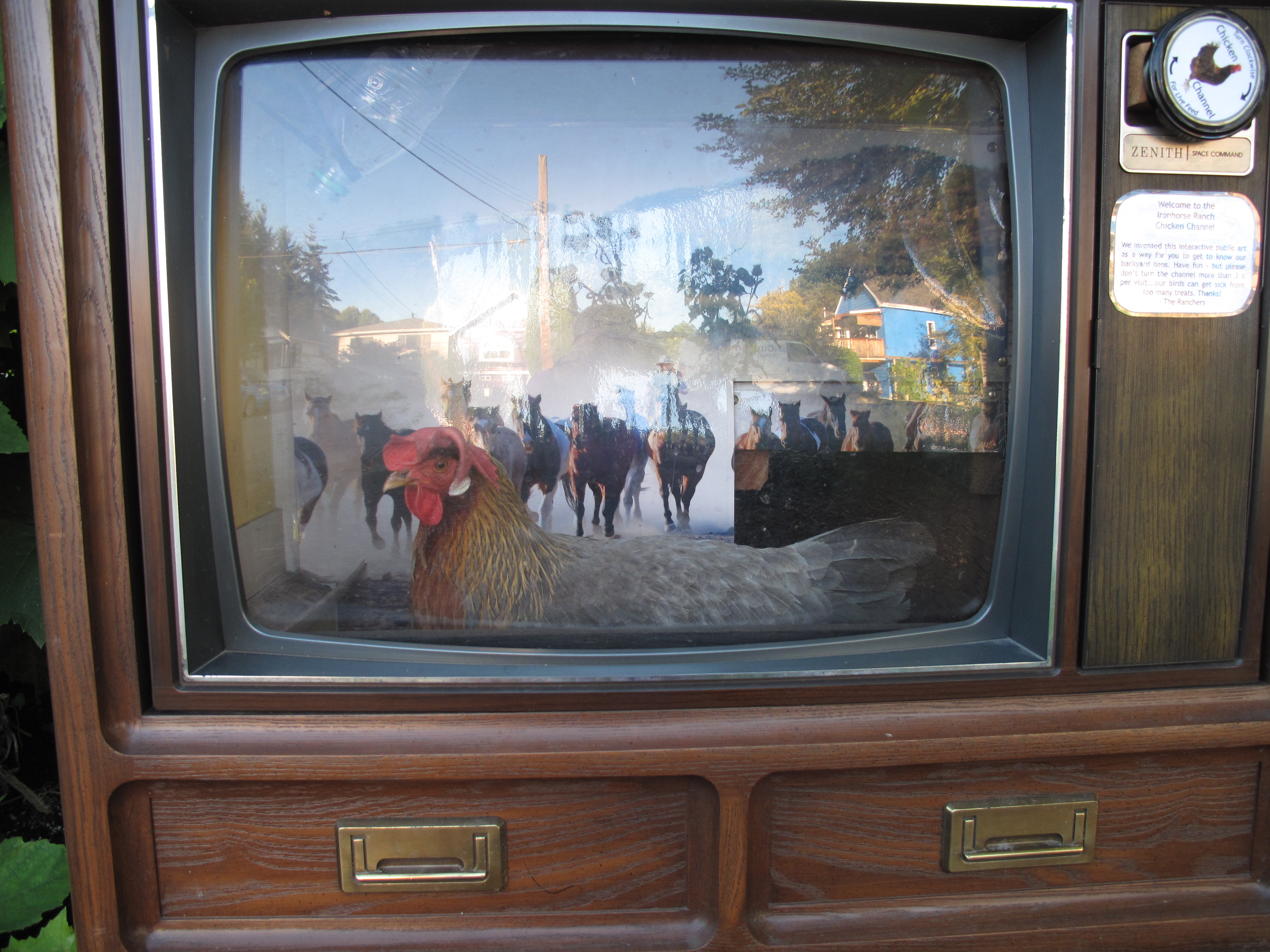 Tune into the Chicken Channel!

When asking “Why do you like geocaching?” one of the top responses is always along the lines of, “it shows me places I never would’ve known existed.” The Chicken Channel is a perfect example of that. This geocache leads geocachers to a local art installation created by homeowners that raise chickens. Originally, when the dial on the “TV” was turned, feed was released, which attracted the chickens to the screen. This gave local residents an opportunity to meet their neighbors. Now, neighbors and geocachers alike come to this location to meet the local winged TV stars.

“Found during an afternoon of cachin’ for strays with mcwilli and the hounds. This has to be one of the funniest caches I’ve found….GOOD STUFF dragon flyer!” – RumRunner1

“I have a fondness for chickens – so this one immediately got my notice when it came out. Talked GeoBjorn into heading out to it today. Perfectly awesome spot. The actors on chicken tv were disappointed today and may go on strike since they were not paid for their appearance.. surely the owners will remedy that. TFTC dragon flyer.” – geokwan

“Found with hollyburn as I was taking her home after a fun day. This was so awesome, I am bringing Jr Fish back here tomorrow. What a fabulous invention and so entertaining too. Favourite for the location. Thank you so much for bringing me here!” – Cuddlefish

What the geocache owner, dragon flyer, has to say:

“I first heard about these chickens when someone mentioned that a walk down the lane to visit them was my little granddaughter’s first outing after her heart surgery. I was pleased there were chickens for a city kid to experience, and then last Fall my grandson commented in passing that ‘now they have The Chicken Channel’. His description piqued my interest enough that I had to go around to check it out. I thought it was hilarious and still find myself grinning every time I think about it, and my immediate impulse was to want other people to enjoy it too!Since the Chicken Channel owners’ whole goal was to have people see the installation, and I had a way of bringing people there, it seemed like a total win-win. I didn’t work directly with the owners much, but I’ve made sure to keep them in the loop. I asked if it would be OK to place a cache there, and they knew what a geocache is. After the cache was published, I left a copy of the details page with my name and email address so they could let me know if there were any problems, but I haven’t heard of any. In January I had a brief conversation with one of the owners and left copies of all the logs, to share with them how much cachers were enjoying the Channel, and I plan to continue doing that.I think of my sense of humour as being a bit odd, so I was initially surprised at how positive the responses to the cache were. When I began hearing reports of cachers who already had smileys returning with others in tow, I knew we had a good thing going here. One or two cachers have even been so intrigued by the performance they forgot to find the cache and had to come back for it!I mostly cache for the places it takes me I probably wouldn’t find otherwise, so I like caches that are there for a reason other than that there isn’t another one within 161 metres. Every time there’s a log from someone who enjoyed this cache, I get to enjoy it vicariously all over again, and the shared positive response to the cache makes me feel a sense of community. I feel lucky that I came upon such a good reason for placing it!” 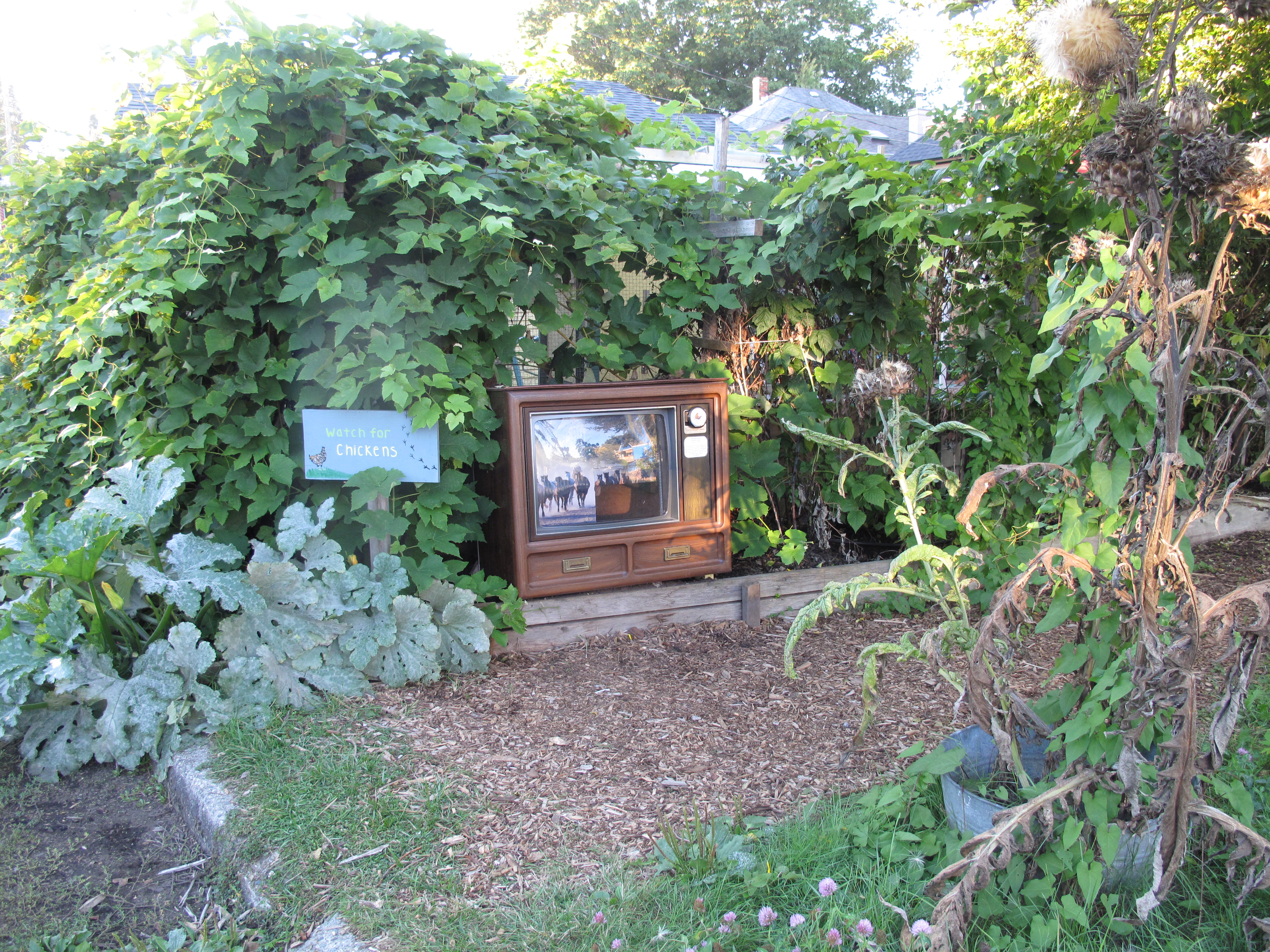 This TV channel is always so fowl. 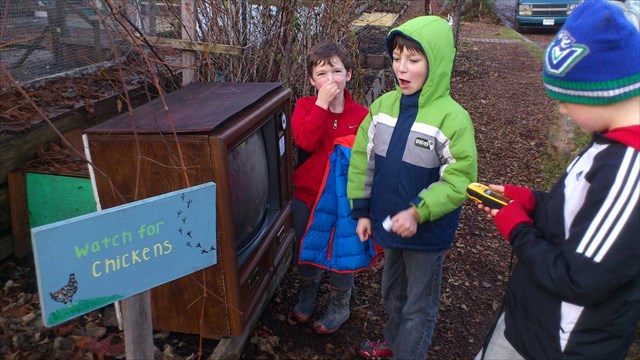 A group of cachers meeting some feathered friends. Photo by geocacher iamnotanumber 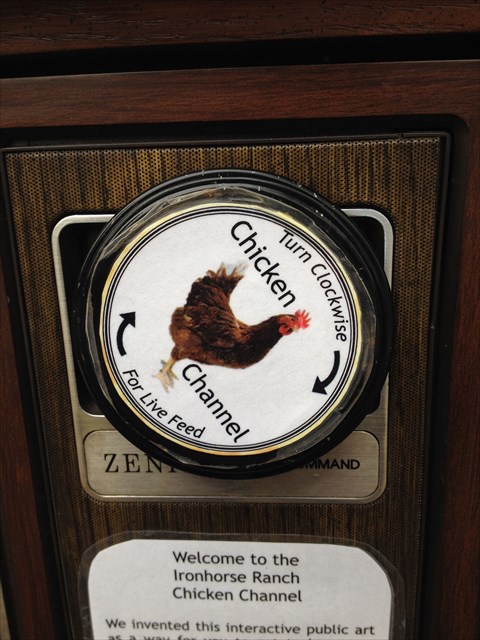 Turn the knob for live feed. Photo by geocacher geokwan

What has been the most memorable wildlife experience you’ve had while geocaching? Tell us and post photos in the comments.