If you haven’t yet, watch the video above. This geocache is an epic, 32-stage multi-cache that takes you on a journey through Central Park in New York City, NY, USA. The stages of this multi-cache focus on the park’s bridges and arches, which are beautifully crafted but often overlooked. Waiting at the final stage for the intrepid geocachers who make it there is a custom-designed geocoin to commemorate their journey.

“This cache was incredible. It took my son and I three trips starting from September to hit all the points. Finding the rock and coin gave us a great memory of a fun adventure. Thank you very much for this.” – teamtrimble13

“Yay! WooHoo! What a cache, what an adventure! This probably is my biggest personal geocaching achievement. Loved it! I really enjoyed discovering Central Park and the many many ‘hidden’ trails. There is so much to see, I had no idea. Favorite point for sure!!!!” – wanderlusta

“Fantastic, must-do, classic cache! Having placed nothing but the final on this prime real estate, the CO has created a wonderfully researched experience that will delight any explorer, young and old. This cache, unlike any other cache visited, convinced my muggle friend, Tinstaafl2, to create an account and finally join the game.” – Baxter929

What the geocache owner, addisonbr, has to say:

“…At some point while roaming around the park I stumbled across the fact that no two bridges in the original design are alike.  We had just started hiding our first caches a few months earlier, and I thought that maybe the bridges and arches could form the backbone of a pretty interesting tour.  I started paying more attention to them while in the park, reading up on them, etc.  I found some out-of-print books that had a lot of background information and details about Olmsted and Vaux’s original designs and started making some trips out to scout them, sketching out some descriptions, looking for information that cachers could retrieve from each site (and that could combine to form coordinates).  After coming up with a route, I play-tested it a few times to see how long it would take (and make sure that I hadn’t made any errors).  It seemed like it was going to take most people 4-6 hours or so, which is on the long side, but I hoped that if I gave people something interesting to read between waypoints it might not seem so bad.
…My biggest concern was that the cache would take too long for people to really enjoy it.  Whenever I play-tested it, I was pretty wiped out by the time I got to the end, so I wasn’t sure how it was going to play out for other people.  When you publish a cache you’re kind of asking people to trust you with their time, and if your cache takes several hours – it just felt like a lot of responsibility.  I was mostly hoping that when people got to the end they wouldn’t feel irritated about all the time they invested writing down numbers and making calculations and otherwise jumping through all of the hoops they’d been jumping through all day.  Then after it was published and the logs finally started coming in… a tremendous sense of relief.  I always read every word of every log that hits my inbox and it’s heartening that people will take so much time to write as much as they do about their experiences.

Especially for people who attempt this cache while visiting New York – thank you for trusting me with so much of your vacation!” 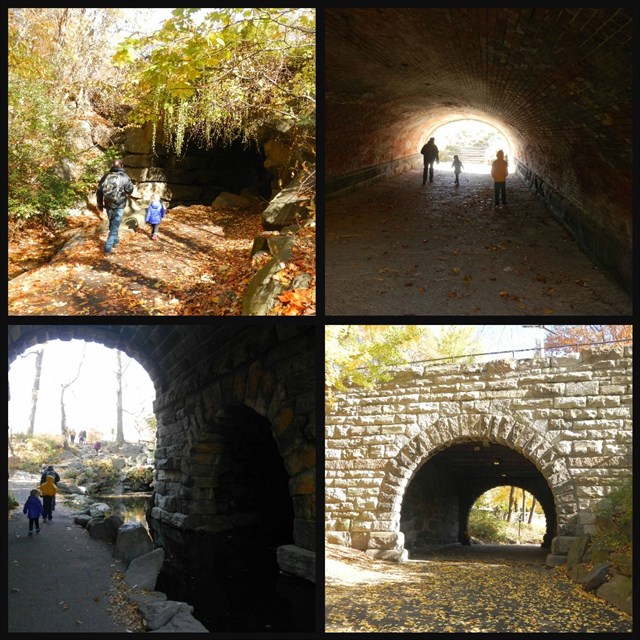 Bridges, arches and geocaching, #2. Photo by geocachers mcjeeper and stukboy 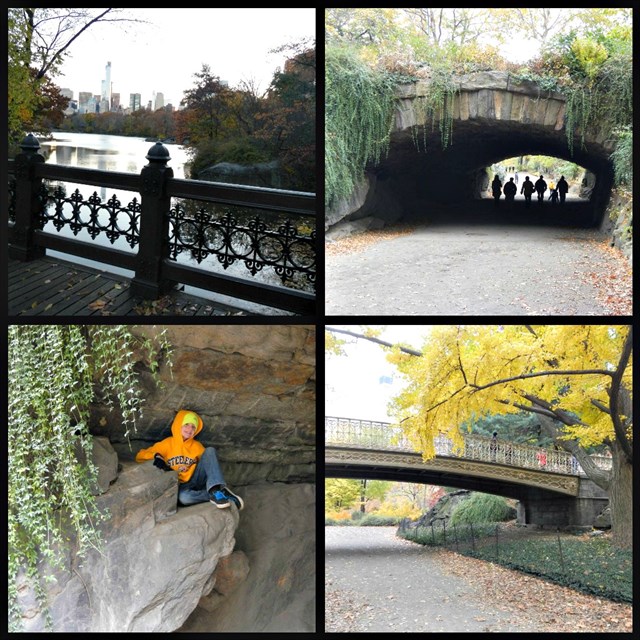 Bridges, arches and geocaching, #1. Photo by geocachers mcjeeper and stukboy 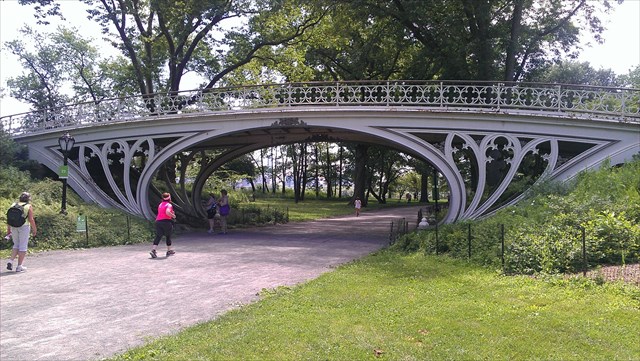 One of the parks many cool bridges. Photo by geocacher guinea gal 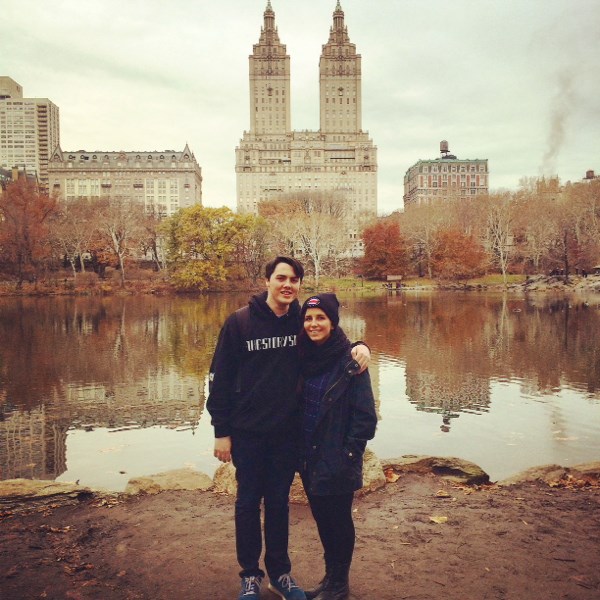 Two happy geocachers on their way. Photo by geocacher ChrisAtLarge

What’s the best Multi-Cache you’ve ever found? Tell us and post photos in the comments.

« Your Path to Platinum EarthCaching » It’s the Same Old Story: Romancing the Geocacher