4 Legendary Trackables Every Geocacher Should Find

In the last 12 years, over four million geocachers have participated in one of dozens of geocaching-based Trackable promotions in partnership with adventurous brands around the globe. From John Grisham fans seeking gold ingot Geocoins to Jeep enthusiasts on the hunt for toy Jeeps, there are unique experiences for every type of geocacher.

Trackable promotions give geocachers a unique opportunity to engage with some of their favorite brands on a digital and physical level while spending time enjoying their hobby. Partnerships have included free Trackable giveaways, pre-release sneak peeks, and photo contests with prizes ranging from a set of new tires for your vehicle (road trip anyone?) to all expense paid trips. Each branded trackable builds a unique story as it travels. Trackables continue to generate engagement for years as geocachers discover and display these pieces of history at events, on social media, and online via their collection of unique digital icons (who wouldn’t want to collect a fancy little achievement for your profile page?) How many of these promotional Trackables have you spotted? 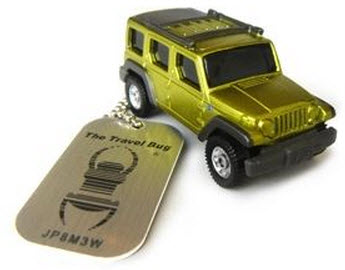 This was one of the first branded Geocaching promotions and the first time digital icons were introduced on geocaching profile pages. Over 24,000 Trackables were attached to Matchbox Jeeps and released in different color batches from 2004-2007. Jeep trackables have traveled over 16 million miles to date and have become a staple within the geocaching community. In fact, the Jeep promotion was so popular that a “locationless” geocache was created organically by the community, Yellow Jeep Fever, for all those geocachers who wanted to interact with life size jeeps! Throughout the promotion Geocachers submitted photos and essays about the Trackables for a chance to win the top prize: a full size Jeep vehicle.

“As small as those TBs were in the grand scheme of life, participating in those promotions brought me an immense amount of joy.” – Brian – Team A.I., 2007 photo contest winner

Want to discover a jeep for yourself? Follow their latest movements or stop by Geocaching HQ’s museum! 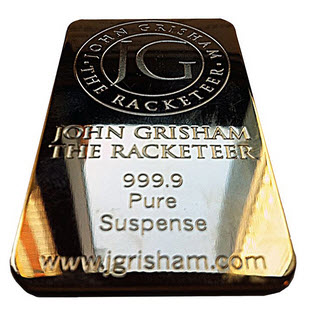 2. John Grisham Hunt for the Gold –

Doubleday publishing group’s 2012 Geocaching partnership focused on John Grisham’s new book “The Racketeer.” 5,000 custom gold ingot trackable geocoins were distributed to geocachers who then placed and moved them from geocache to geocache to mirror the book’s plot, in which ill-gained gold bars are moved around the United States. In addition to moving the ingot trackables over 17 million miles, geocachers showed off their photography skills for a chance to win the grand prize of a real gold ingot! The trackable program was paired with Facebook ads and geocachers flooded the John Grisham Facebook page, which gained 72,000 new Facebook fans and an increase in reach of 220% (according to Marketing Sherpa.) 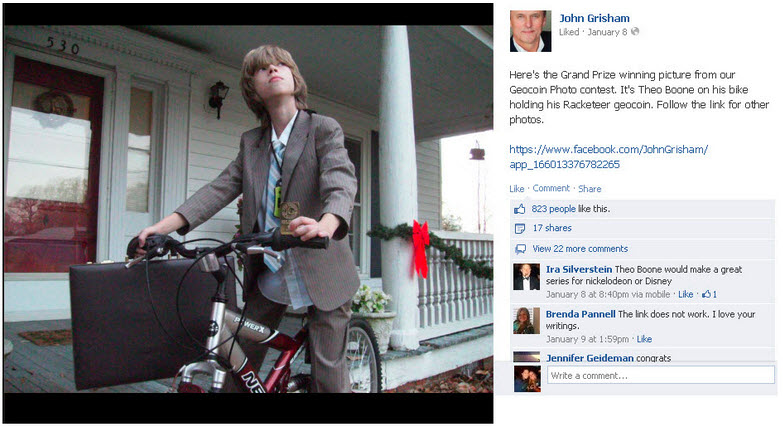 The winning picture was of a young boy who posed with the “Grisham Geocoin” as a character, Theodore Boon, from Grisham’s series of young adult novels.

The story continues two years later: “Big score at Goodwill lol. Figured I had the trackable, might as well read the book. Both books for only $2. Might need to use for another library cache” – Jason Winder / animjason, Facebook, 12/2/2014. 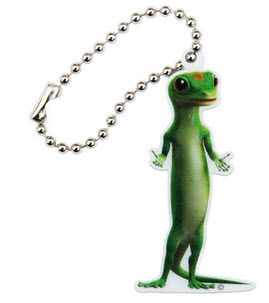 GEICO’s 2011 Geocaching promotion released 9,000 Trackable tags designed in the shape of the iconic gecko mascot into the hands of geocachers across the United States. The tags were sent on their way while spreading awareness for the “Find the Gecko” sweepstakes in which one Magellan Explorist GC GPS unit was given away to a lucky geocacher winner each week of the 20 week promotion! The gecko trackables were moved by geocachers over 73,000 times and remain one of the most popular trackables being discovered around the world, averaging 29 touchpoints a day years later. 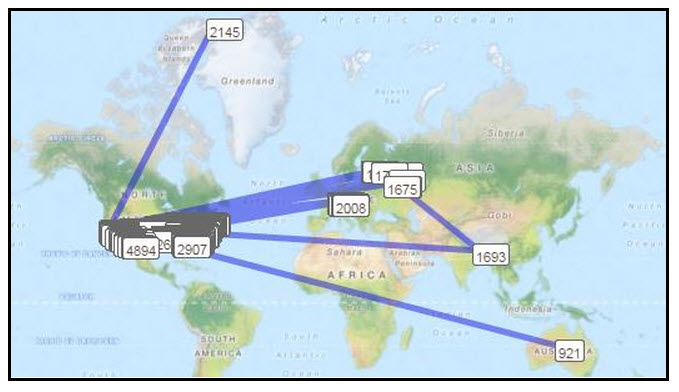 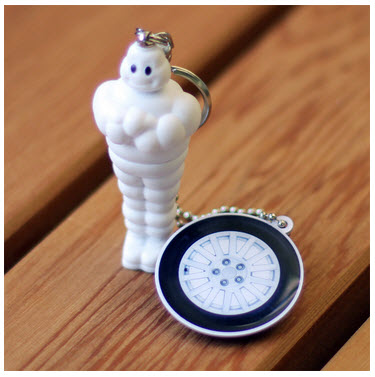 In 2014, Michelin celebrated their 125th Anniversary by launching a geocaching campaign to promote tire safety via a social media based photo contest. With 2,000 Trackable tags designed in the shape of a tire and attached to actual Michelin Man tire pressure gauges, geocachers were destined for success on the road. Geocachers across the United States tapped into their inner photography talent by submitting over 1,000 photos portraying a sense of adventure to the official photo contest by using the hashtag #MichelinQuest on Twitter, Instagram, or Facebook. The Michelin Trackables have traveled almost 1.3 million miles in just 4 months and have saved many tricycle tires from getting too low on air. 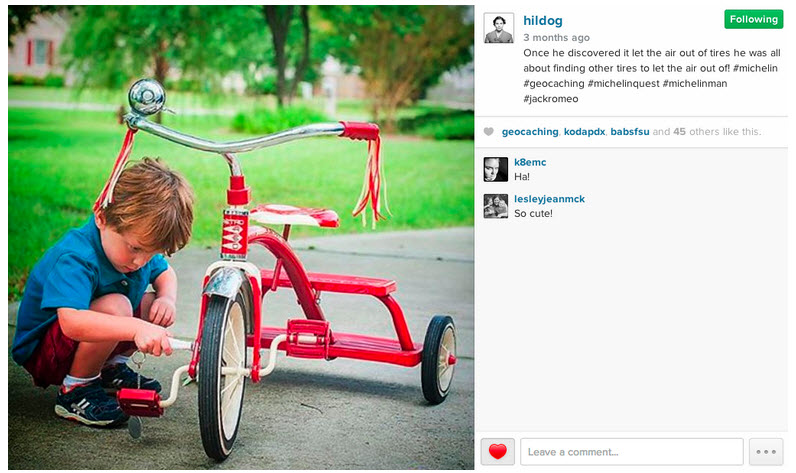 These are just a few of the many examples of promotional trackable history. You can locate these promotional trackable types by looking up their latest movements on each of their home pages. Keep an eye on the Geocaching Facebook page and join 3.9 million other people who have subscribed to the geocaching weekly newsletter to learn when new contests and new free trackable series are available.